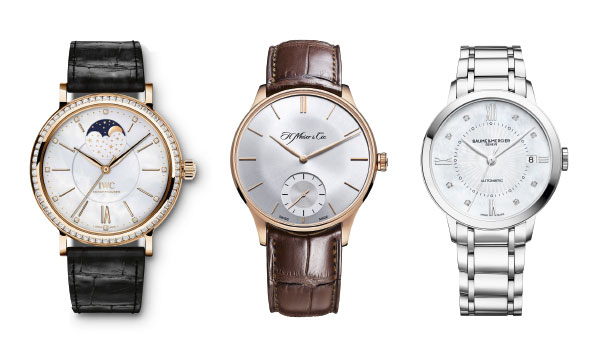 Men, women, fashion… Gender-based definitions were undoubtedly simpler a few years ago. From chic tuxedo style suits to shirts, XXL pullovers, boyfriend jeans, and now watches, women are consistently encroaching on men’s turf when it comes to style. The watch industry, although often referred to as fiercely traditional, is certainly not remaining aloof from this overall trend and is indeed very much in tune with the times. Moving on from primarily jewelry watches or the straightforward miniaturization of masculine models, with which women had to make do for many years, a far more varied offer has been steadily emerging which also includes a number of unisex models. It is now acknowledged that femininity can also be expressed without diamonds and gleefully revels in conveying mixed messages. Take the J12.G10 by Chanel, which diverts the legendary NATO military strap to make it a feminine attribute. A very original approach! In the same way, a sizeable men’s watch on a dainty wrist can doubtless also considerably boost the glam factor.

Through the looking glass

Watches by H. Moser & Cie are a perfect illustration of this phenomenon, notably with the Venturer collection which has successfully welcomed a Small Seconds model featuring a simple yet extremely eye-catching look. While its classic and frill-free design may carry masculine connotations, plenty of women are showing an interest. Especially since at the heart of this refined aesthetic beats a precise, high-performance movement that also appeals to the ladies. When a watch connoisseur explains that his wife his constantly “stealing his Moser”, it is easy to see why. And because this is doubtless not an isolated case, one can only suggest to the brand that it take a look on the feminine side of the looking glass.

While H. Moser & Cie is not specifically geared towards women, other brands that had hitherto flaunted a testosterone-laden image are now breaking free of gender constraints and clearly eyeing up the feminine market. It’s all about discreetly slipping into feminine territory while maintaining powerfully distinctive identity codes. With the new Portofino Midsize Automatic, IWC now also offers a feminine take on watchmaking. A perfect sprinkling of diamond accents endows the elegant 37 mm cases with a touch of refinement. Depending on the model, the self-winding movement comes equipped with moon-phase Day&Night or date functions that are particularly appreciated by women

Since it is now clear to all that women are no longer merely interested in straightforward aesthetic exercises, some brands have grasped the value of developing first-rate collections intended for both sexes. The new Harmony collection unveiled by Vacheron Constantin at the SIHH on the occasion of its 260th anniversary admirably demonstrates that feminine customers now (almost) count for as much as their masculine counterparts. Embodying a subtly reinvented expression of the cushion shape, Harmony therefore also comes in two ladies’ models, including a very pretty 260-piece limited-edition chronograph, the first of its kind from Vacheron Constantin. In a similar vein of gender uniformity, Cartier also distinguishes itself with its brand-new Clé watch that cleverly reinterprets the aesthetic and functional roles of the crown, which is now handled like a key. Feminine or masculine? The border is definitely blurred, and the elegant, flowing lines of the case forming a round shape within an oval certainly seem to escape any gender laws. In turn feminine or masculine, the variations on the Clé de Cartier are intended for a mixed audience essentially drawn to unostentatious elegance.

At the SIHH 2015, Baume & Mercier played catch-up by introducing the famous Classima for the very first time in a ladies’ version. The understated design of the case has been downsized to a 36. 5mm diameter and enhanced with feminine touches including a mother-of-pearl dial and a few diamonds here and there. These models also offer a choice between a quartz or a mechanical self-winding movement. To equal things out and re-establish a balance of power, some brands even go a step further by offering models in pairs, such as Frédérique Constant with its Index Automatic Pair Collection. Within a couple, watch duos should at least keep both partners happy. That being said… 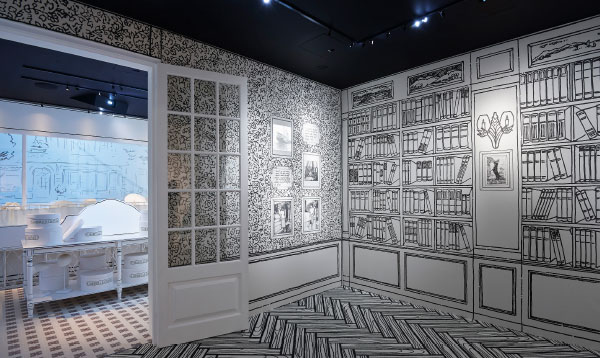