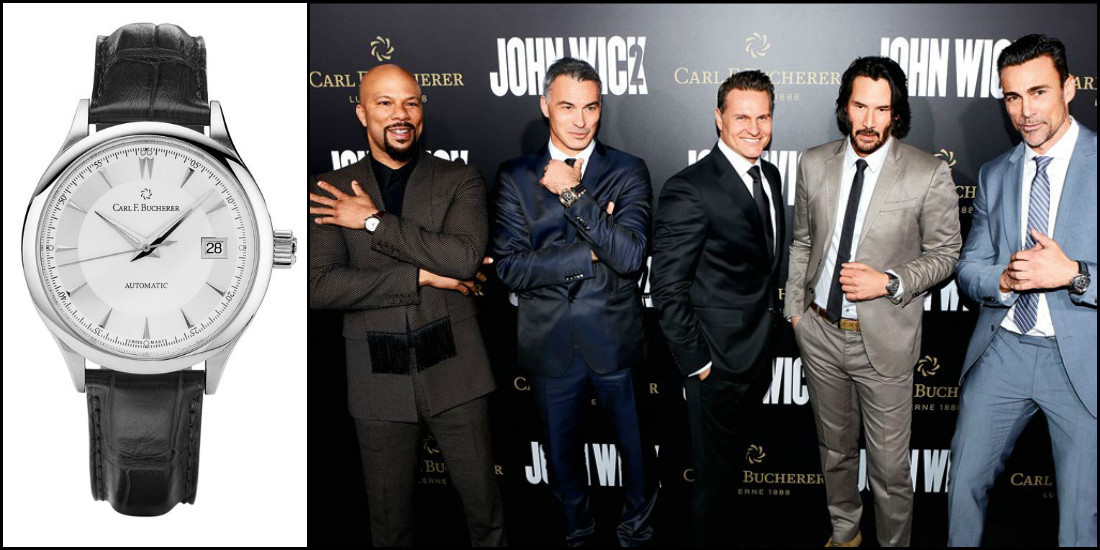 The star-friendly brand continues to focus on product placement in Hollywood movies. Carl F. Bucherer watches do indeed share the billing with American actor Keanu Reeves in the captivating thriller John Wick 2 directed by Chad Stahelski, also brand ambassador. And the iconic Manero Autodate in steel accompanies the hero throughout the film.

The independent watchmaker owes its special ties with cinema, as well as a number of partnerships with both stars and directors, to its movie-loving CEO, Sascha Moeri. In 2016, the brand associated its image with that of internationally renowned Chinese actress and singer Li Bingbing. And this year, in addition to John Wick 2, timepieces from Carl F. Bucherer will also be playing a leading role alongside actress Charlize Theron in the upcoming David Leitch spy film to be released this summer.