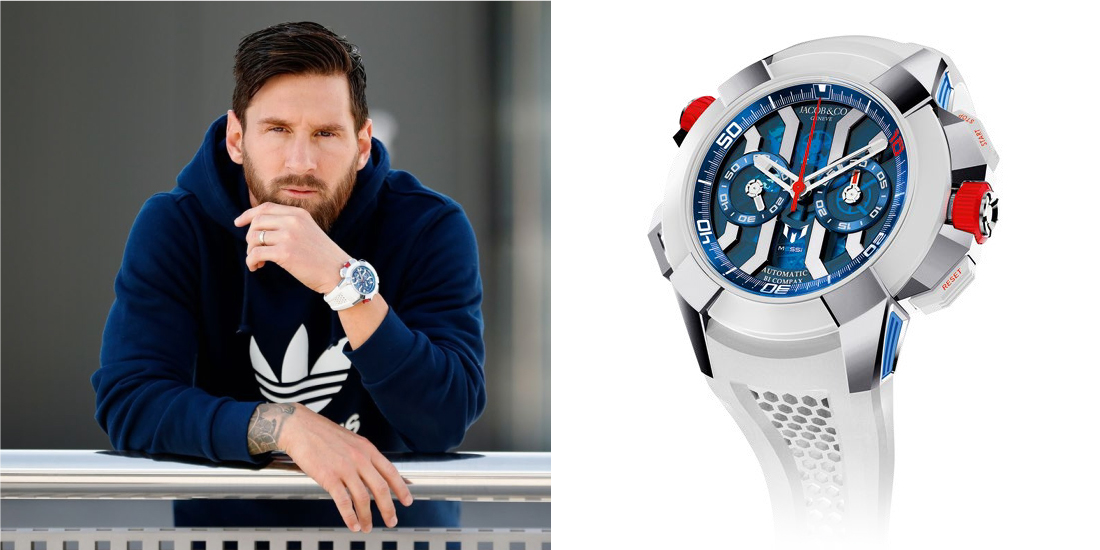 Watchmaker-jeweler Jacob & Co. has just signed a three-year partnership with FC Barcelona star Lionel Messi. This is not its first foray into the world of football and it represents a perfect shot on goal. The brand had made Cristiano Ronaldo one of its ambassadors in 2013, and the Portuguese star regularly appears with Jacob & Co. timepieces, as he recently did wearing an incredible all-diamond Caviar Tourbillon worth two million euros. Regular “Jacob The Jeweller” customers include David Beckham, as well as Luis Figo for whom three limited editions of the Epic X were specially produced last year. A model from this same collection inaugurates the series of limited editions saluting the new Messi-Jacob & Co. team. Featuring materials and functions as exceptional as the qualities of the Argentine footballer, this bi-compax chronograph in titanium and ceramic bears the colors of his native land. The red hands of the chronograph, crowns and the number 10 – the attacker’s number on the field – lend a lively sporting touch. The “M” logo located at 6 o’clock and the signature on the blue mineral glass on the back of the timepiece are more direct signs of the personalized touch that the five-time Golden Boot winner has brought to his namesake watch.