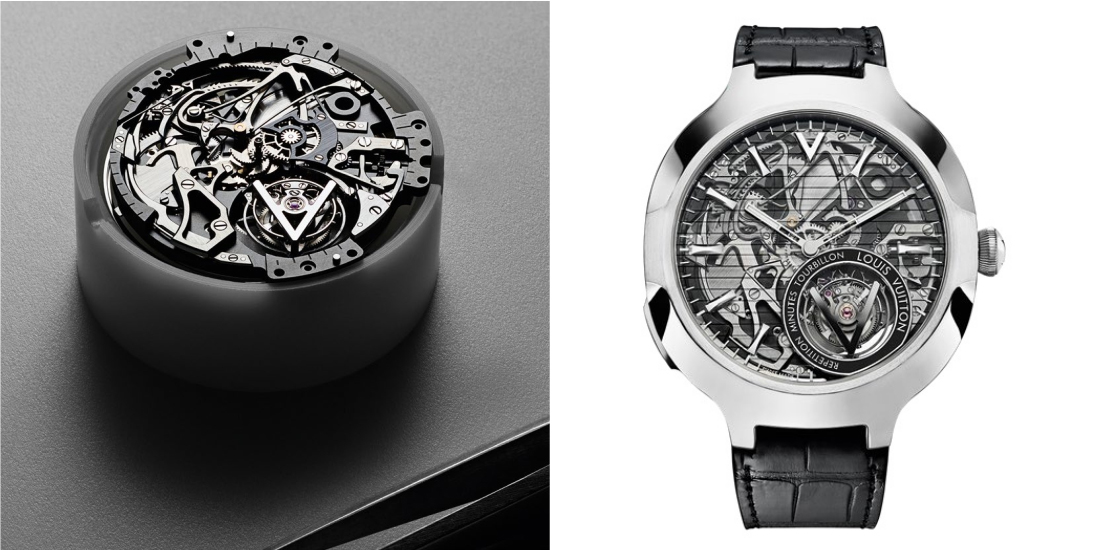 There’s a lot to say about the new Louis Vuitton Haute Horlogerie creation. Its Voyager case with its soft, complex lines. Its flying tourbillon offset to 5 o’clock to preserve the 100-hour power reserve of its new movement. Its sapphire dial with horizontal lines. But all of that would leave too little space to speak of its voice. For the first time, La Fabrique du Temps, Louis Vuitton’s Geneva watchmaking division, has moved from soprano to baritone range. The brand’s minute repeaters have thus far chimed on clear, high notes, whereas the Voyager Minute Repeater Flying Tourbillon has a much lower tone. To achieve this, the brand imitated the way musical strings or indeed vocal cords work : the longer they are, the lower they sound. In watchmaking, creating this extension means using cathedral gongs. Instead of coiling a little less than once around the movement, the gong that generates the sound of the minute repeater is wrapped one and a half times – and even one and three quarters for the lowest note. This gives this chime a more solemn, masculine and sonorous tone.