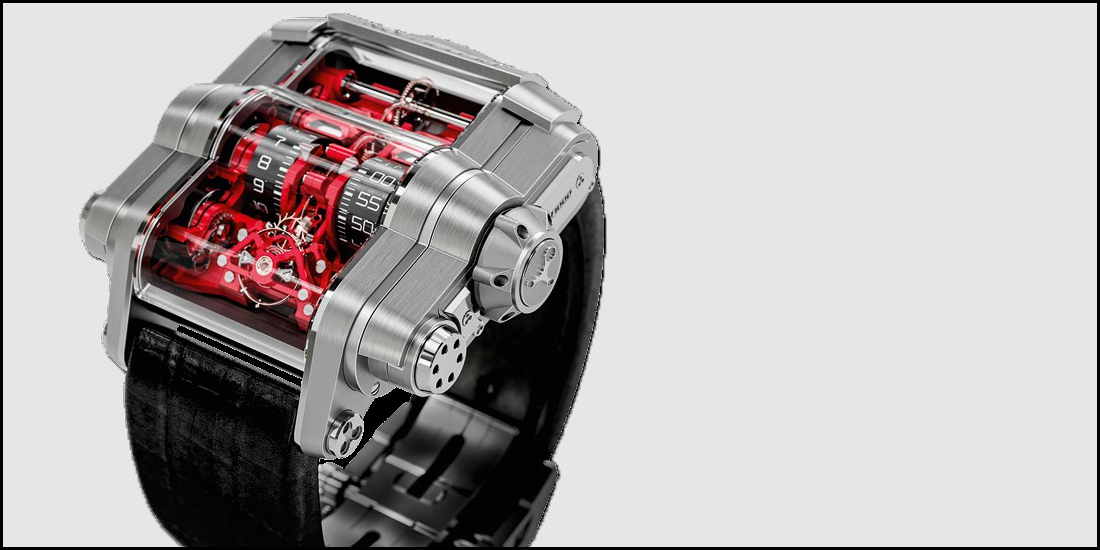 Setting a world endurance record with 40 hours’ autonomy under the hood, the T1000 also rules the road in terms of design. It is inspired by the Rebellion R-One car with its purpose-built chassis, which won the past two editions of the 24 Hours of Le Mans in the private prototype LMP1 category, as well as the World Endurance Cup championship ! Rebellion Timepieces is the only watch brand competing in motorsports with its own team, belonging to the same shareholder. The spacecraft-shaped T1000 is carved out of a single block of titanium and topped in the center by a raised sapphire crystal, highlighting the rectangular Manufacture-made caliber that took three years to develop.

The rugged caseband features a powerful lever that can be deployed using a finger to recharge all six mainspring barrels by means of two 182-link microchains visible through the sides. The other side of the case reveals a patented pushbutton-operated time-setting clutch on the “wheel-nut” crown. Time is read off on two vertical rollers rotating in opposite directions, topping the balance wheel  offset in an original – or should we say downright rebellious – manner.