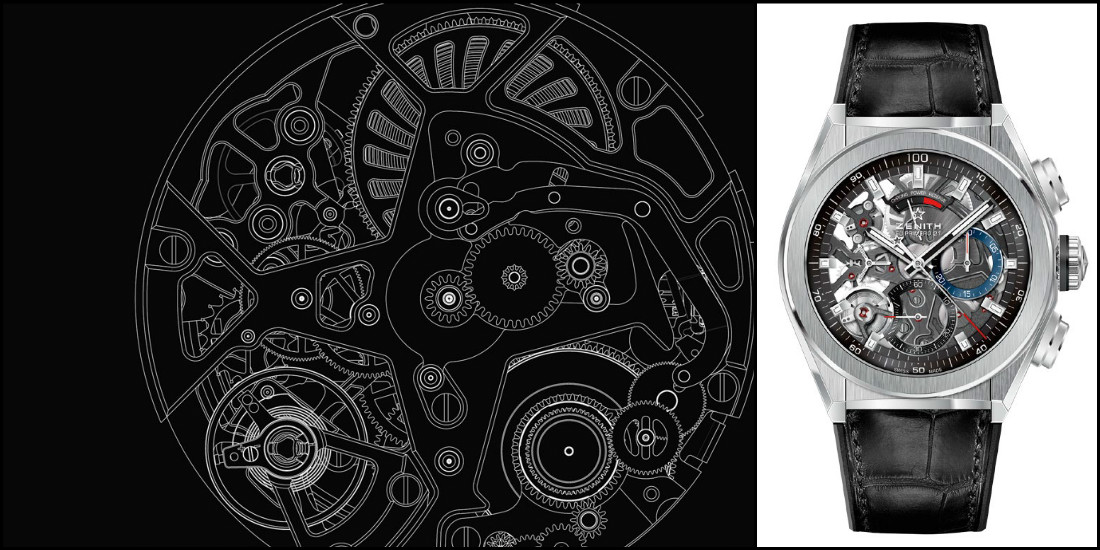 Since its creation more than 150 years ago, Zenith has constantly played a pioneering role in the development and production of precise, reliable and complex timepieces. By incorporating the entire range of watchmaking professions under its roof, the Manufacture in Le Locle has access to the full range of skills as well as the independence required to create unusual mechanisms, constantly pushing the limits of time measurement. Vividly embodying this amazing mastery, the El Primero caliber launched in 1969 is acknowledged by collectors and devotees of fine mechanisms as the most iconic chronograph in the history of the Swiss watch industry.

Nonetheless, chronometric performance remains a never-ending quest for the brand with the guiding star. Under the impetus of Jean-Claude Biver, CEO of Zenith and President of the LVMH group’s Watches Division, Zenith is presenting this year at Baselworld the Defy El Primero 21, with a new chronograph movement capable of measuring short times to the nearest 1/100th of a second. Combining 21st century engineering technologies with the purest horological traditions, this caliber houses several striking innovations, starting with a brand-new type of balance spring composed of carbon nanotubes, a composite material that is impervious to magnetism and temperature, made using a patented Zenith production process. The El Primero 21 movement is also distinguished by its double-chain structure. The first one, entirely dedicated to the watch functions, is inspired by the historical caliber and oscillates at a frequency of 36,000 vibrations per hour. The second, which controls the chronograph, beats at a rate of 360,000 vibrations per hour – a 50 Hertz frequency that makes the chronograph ten times faster and more accurate than its 1969 predecessor. With the Defy El Primero 21, the only series-made chronograph delivering 1/100th of a second precision currently on the market, Zenith makes a brilliant entry into a new era firmly geared towards modernity.