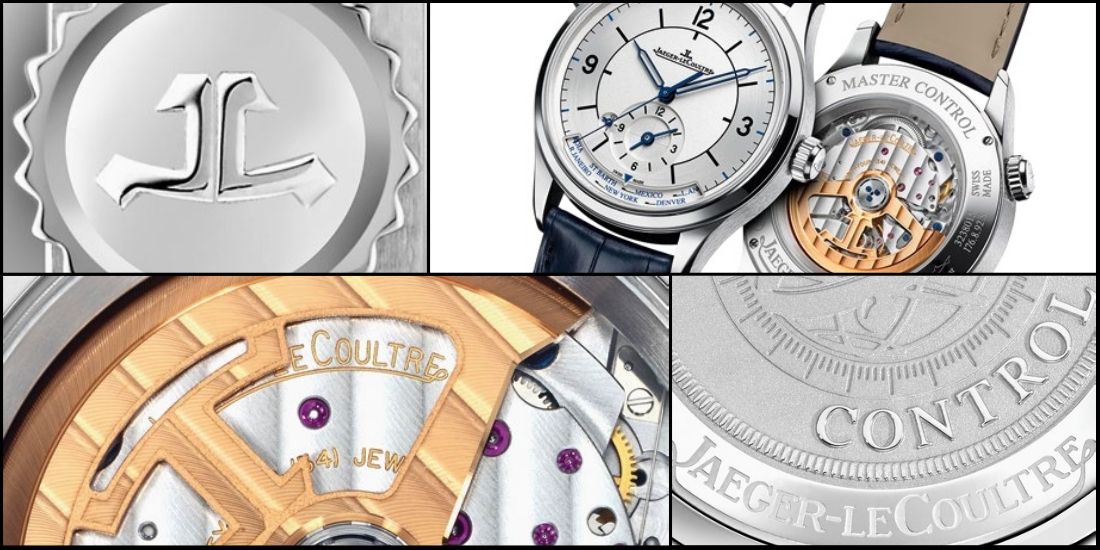 A quarter of a century ! Albeit modest on the scale of watchmaking history, this longevity nonetheless conveys authentic recognition among devotees of Fine Watchmaking, while representing an important proven guarantee of continuity for a collection that has shown itself capable of keeping step with the times – and particular with its enthusiasts. To celebrate this anniversary, Jaeger-LeCoultre has treated the collection to three gifts, as well as offering its purchasers an amazing quality/price ratio. Introduced at the SIHH 2017, this year’s Master Control vintage comes in three models : Date, Geographic, as well as the Chronograph starring on the cover of this GMT winter edition. Last year at the same time, we had headlined our magazine with the Master Memovox Boutique Edition, whose blue color had gained a broad following well beyond our circle of readers. While still omnipresent on the alligator strap, blue no longer dominates the dial, instead appearing as distinctive accents that make this new version immediately identifiable, notably on its cut-out baton-type hands evoking the skyline of Manhattan. It adopts a softer shade on the tachymeter scale and the two 30-minute and 12-hour counters, playfully and subtly embedded in the central railtrack circle displaying the hour-markers.

A discreet vintage spirit pervades this elegant timepiece. Each watch has a face, and that of the Master Control Chronograph wears a sincere smile – while remaining paradoxically sure of its serious reliability. Like all the models in what became a cult collection right from the start, it proudly bears the “1000 Hours Control” seal, signifying that it has successfully undergone six weeks of testing in six positions aimed at challenging its resistance and its performance. The two convenient and user-friendly pushpieces framing the screw-lock crown leave no doubt as to their role, which is to trigger the chronograph functions of the automatic caliber developed in the firm’s Le Sentier-based Manufacture. It is fortunately not engaged in a race against time. A last useful note for couples who like to share everything : they can express this penchant through a case designed to suit both men’s and women’s wrists. Happy anniversary !