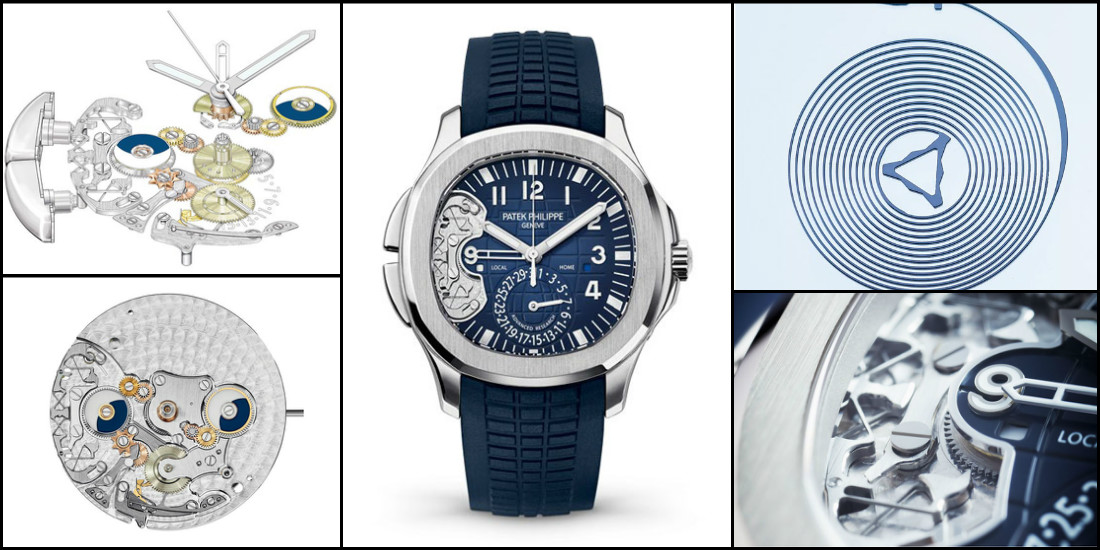 With its new balance spring and its new dual-time system, Patek Philippe is once again demonstrating its vigorous dynamic and its rigorous approach to technology.

Since its creation in the early 2000s, the Patek Philippe Advanced Research department has been revisiting the fundamentals of watchmaking. This laboratory distinct from its R&D department works on the heart of the watch. The escapement and the regulating organ are its field of exploration. In particular, it leverages the properties of silicon oxide – a material that Patek Philippe was one of the first to use under its proprietary Silinvar® trademark. The Patek Philippe Advanced Research department is dedicated to research as well as to developing practical applications. In its first six years of existence, it unveiled six different innovations, all of which have found their place in watches issued in various limited editions. The brand has thus presented its approach to the escape wheel, the balance spring, the escapement, the balance wheel, and then a complete system of these components. In 2017, the lab is adding not just one, but two innovations to its tally. Both are incorporated into a movement that is an evolved version of a self-winding dual-time movement well-known to Patek aficionados : Caliber 324 S C FUS. It is housed in a new watch, the Aquanaut Travel Time Ref. 5650 “Patek Philippe Advanced Research”.

The first innovation is a new version of the brand’s Spiromax® balance spring. It relates to the geometry of this component, an aspect that is fundamental in that it determines its performance. Patek Philippe has now paired its traditional outer boss (aka terminal curve, a thicker and wider bulge of the spring blade), with an inner boss or initial curve. The aim is to stabilize the center of gravity which shifts position as the balance spring expands and contracts. This center of gravity has an impact on the balance staff where most friction occurs and thus proves detrimental to precision. The addition of this second boss enables the movement to achieve noteworthy and quantifiably enhanced accuracy, and a movement comprising this innovation can be adjusted to a mean rate of -1 to +2 seconds per day. This precision is exceptional and matches the rate accuracy of Patek Philippe tourbillon movements, which are among the most meticulously crafted in the world.

The 5650 is a 500-piece limited edition, which shows that this is not an exceptional roll-out of the concept that has been carefully tweaked by hand, but instead a full-fledged industrial project. It thus displays authentic pragmatism, especially since the second innovative feature of Caliber 324 S C FUS relates to usage and production. The original Caliber 324 S C FUS required a total of 37 components to handle the second time zone, its bidirectional correction and its double day/night indication. Patek Philippe Advanced Research has devised a new watch component that single-handedly does away with 25 parts. This compliant (flexible) mechanism is machined from conventional horological steel, carefully finished in accordance with the brand’s customary standards. Its geometry is however extremely complex. It replaces the pivots, yokes, springs and other components that generate friction and feature clearances that are tricky to adjust.

This flexible component simplifies the movement, optimizes its operation and is also visible. The Aquanaut Travel Time reference 5650 “Patek Philippe Advanced Research” is indeed the first Patek Philippe series-made model to afford a view of part of the movement. The brand usually hides its complications – even its tourbillon – beneath dials, or else reveals all but with openworking that is the key factor in its appeal. In this instance, the brand proudly flaunts its ability to create sculptural components, symbolizing its capacity for innovation.