Sapphire is a jack of all trades 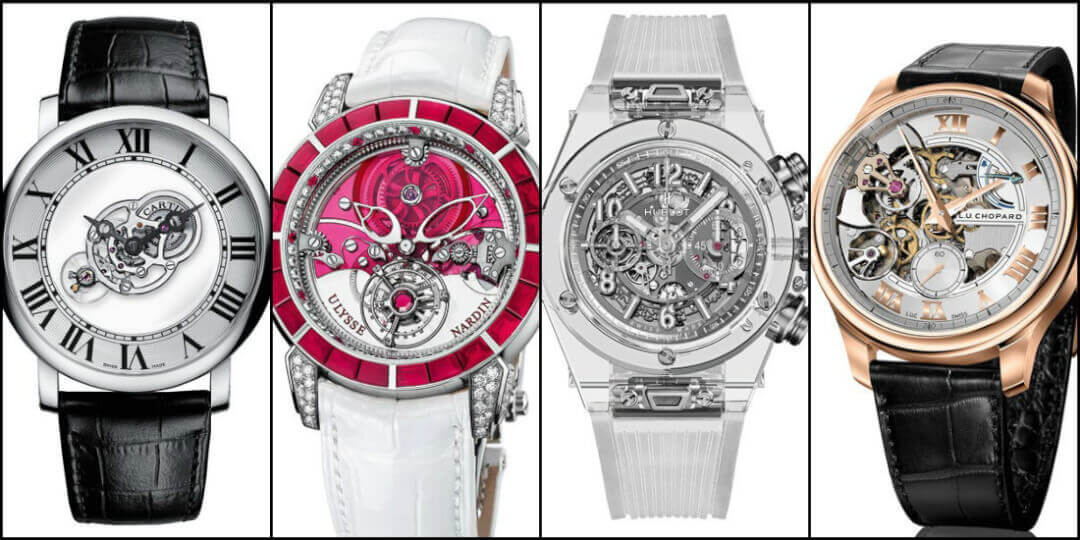 Glasses, cases, bridges and more besides : sapphire finds its way into the entire spectrum of watchmaking functions. This costly yet high-performance material also boasts perfect transparency.

One might be tempted to think that sapphire is confined to well-known surface usage such as for watch glasses and transparent casebacks. It turns out to be infinitely more versatile. Watches use a pure synthetic sapphire known as corundum, a chemically pure, flawless aluminum oxide. In this respect, it differs from its gemstone-quality cousin. In addition to perfect transparency, corundum is distinguished by its extreme hardness : 1800 Vickers. Only diamond surpasses it on the Mohs scale. That makes it a material that is extremely difficult and costly to machine. It is also light and – surprise, surprise – capable of producing sound. 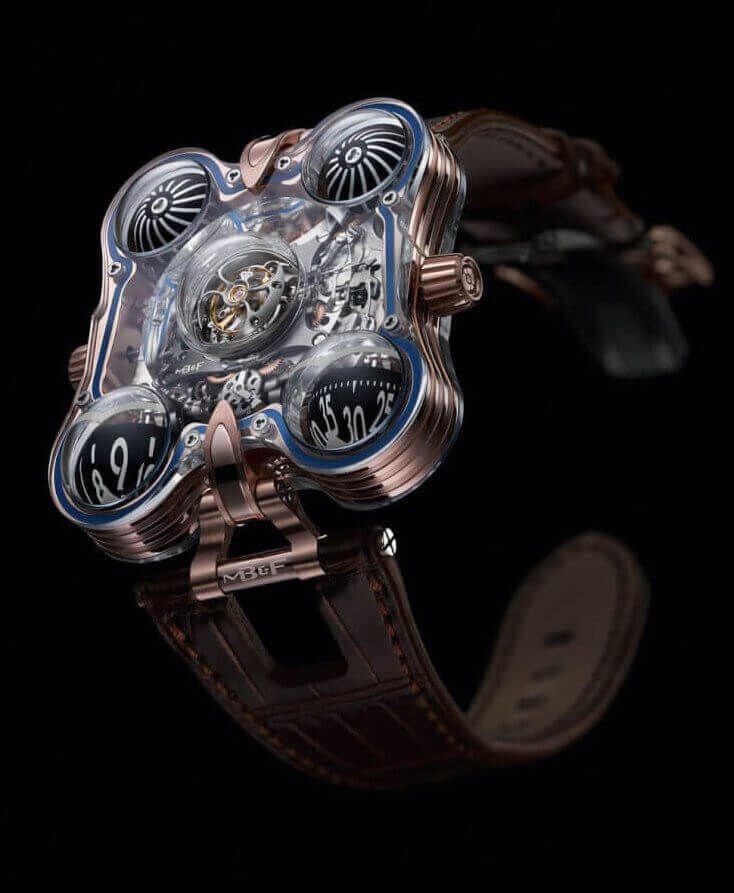 Sapphire is mainly prized for its transparency, with the trendiest and most spectacular application being entirely transparent watch cases. Although more and more are emerging, with around ten models currently boasting this almost-invisible style, they consistently carry price tags of between 400,000 and two million Swiss francs. Hublot’s Big Bang Sapphire retailing at about CHF50,000 is thus a surprise and an exception. Cutting out small corundum disks to make watch glasses is a simple matter. But carving out complex, domed, curved or drilled shapes such as are required for case elements monopolizes costly high-performance machines for hours on end. Richard Mille states that producing and polishing the all-sapphire case of its RM 056, the first of its kind, involves a total of 1,000 hours – meaning two full months. That is for just one unit, and without counting the watch movement. 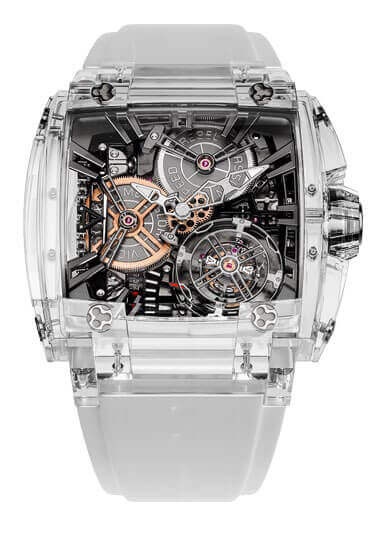 Its scratch-resistant nature is the quality that has taken it into the very heart of watches. The jewels used in watchmaking are in fact made of deliberately colored synthetic sapphire. These pivots house the tips of the arbors/staffs of the movement’s moving parts, such as the wheels, which are thus able to turn without any friction or loss of energy. When used in colorless form, sapphire serves to increase watches’ transparency from inside, since it is used to produce ever larger and more complex bridges and plates. For its second incursion into this field, with its RM 56-01, Richard Mille launched a watch more than 90% made of sapphire. This transparency even provides scope for magic tricks. The Rotonde Astromystérieux de Cartier watch is equipped with a movement that spins on its axis, lost in the middle of a large sapphire disk. Superimposing several transparent disks creates an incredible result making it virtually impossible to grasp how it works.

What few people realize is that corundum features excellent acoustic properties. It chimes perfectly just like crystal glasses. Chopard has therefore filed a patent to use this material for sounding the hours. Its L.U.C Full Strike is thus the first minute repeater watch with sapphire crystals. Its extremely tuneful and persistent sound is also due to the fact that these gongs are carved from the same block as the watch glass. The sound wave is thus transmitted without any interruption, from the impact point of the hammers to a large resonating membrane – the glass – that acts like a loudspeaker. Although corundum is very much a multi-purpose material, implementing it in various contexts is still an eminently technical feat.