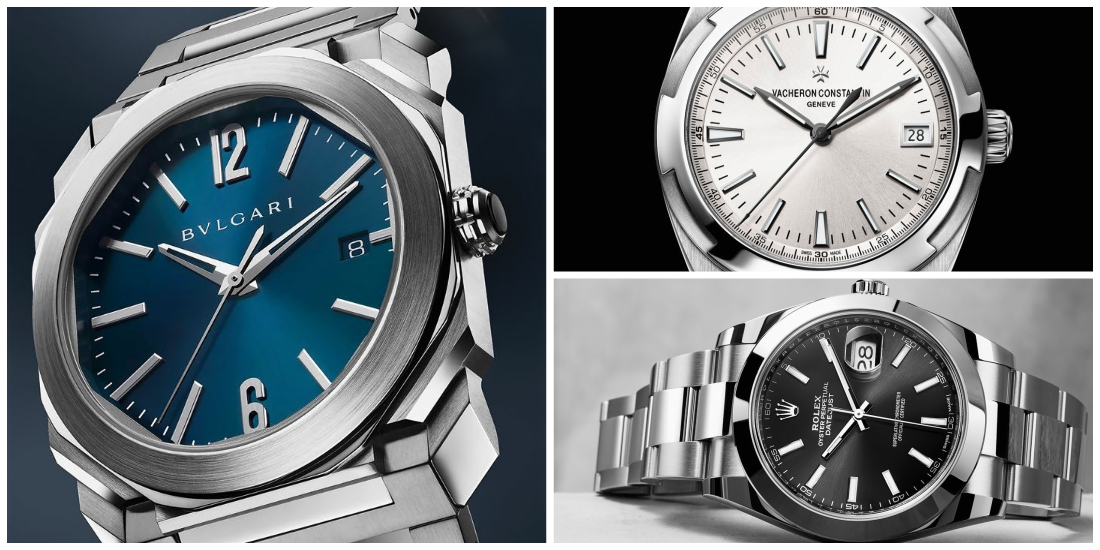 It represents a fundamental category in its own right. The all-steel sports timepiece, exuding a resolutely active aura of elegance, embodies watchmaking versatility. It encompasses some of the most sought-after and enduring models of all time. It is instantly recognizable by its gray exterior, its three hands teamed with a date display, as well as its air of being an obvious choice that comes from being found on so many different wrists. It is designed to be entirely at home on all occasions, apart from particularly extreme examples. It thus meets the vast majority of needs, apart from those implied by particularly formal evening events or super-intense sports activities. Even more surprisingly, it transitions seamlessly from men’s to women’s wrists, whether because of its moderate size or its ability to appear in various interpretations. All of which means it’s easy to see why each brand wants to have its own 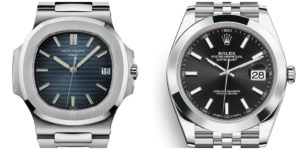 Nonetheless, the task of creating a watch simple enough to suit every circumstance, robust enough to withstand all manner of trials – and above all subtly designed to find its way through the ages – is truly Herculean. The process is in fact so daunting that only a few prove truly successful, often becoming true icons produced for decades and only discreetly modified as time goes by. The first among them – both chronologically and in terms of sales volume – is doubtless the Datejust by Rolex. Launched in 1945, it single-handedly embodies a whole swathe of watchmaking history. Sustainably driven by the brand’s policy of providing numerous variations, it has been interpreted through several sizes, along with dozens of dial colors and bezel versions. The second wave hit during the 1970s, with two models that were more opulent and more expensive, both created by the brilliant and perpetually busy designer of the era, Gérald Genta. The Nautilus by Patek Philippe and Audemars Piguet’s Royal Oak have a great deal in common and are yet sufficiently different to have each found its place, its own vein and its collectors. 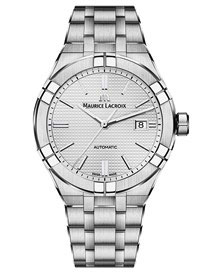 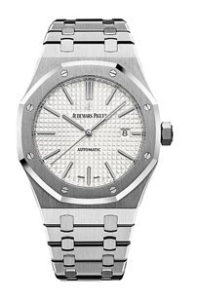 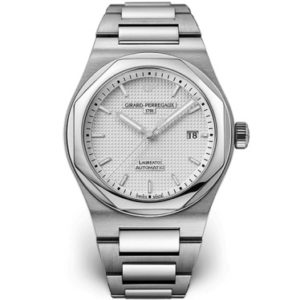 Then comes a third category that is both more crowded and more heterogenous : that of brands wanting their share of watchmaking’s most buoyant segment. Girard-Perregaux has its Laureato, reborn with a fresh dynamic and numerous variations. At the other end of the price spectrum, Maurice Lacroix is making a strong push with its Aikon Automatic, featuring an exceptional price to finishing quality ratio that constitutes a major asset. Vacheron Constantin has just given a new lease on life to its Overseas. Finally, Bulgari is off to a flying start with the last-gen Octo, whose relevance will need to be confirmed over the long term. 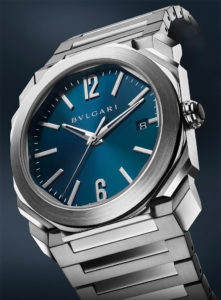 As is often the case in watchmaking, everything comes down to details. Achieving a perfect balance between wearability, attractiveness and durability depends on two little known prerequisites. The first is a stable and visible identity, which implies that the watch must be entirely different from a brand’s other lines. The second is that an all-steel watch must have a distinctive bracelet that is an integral part of its identity. Over the years, a fanciful design, or one too firmly rooted in a given era to find its way through the ages, adversely affects the relevance of the model as a whole. It is thus hardly surprising that so few of these highly popular watches manage to retain that degree of widespread favor. 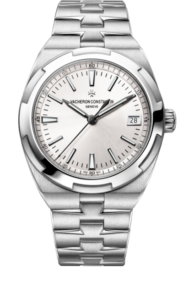