The 12th Geneva Watchmaking Grand Prix… : …takes it to the next level 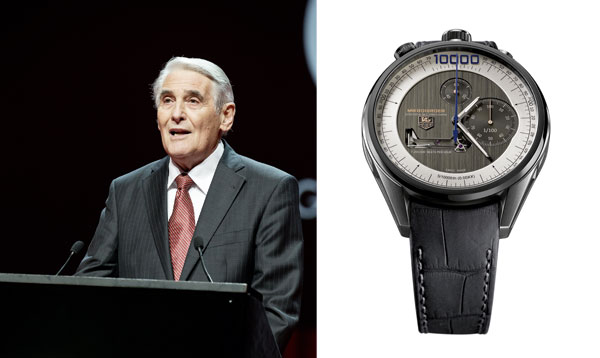 The international aura of the Geneva Watchmaking Grand Prix and the professionalism of this landmark Swiss watchmaking event have entered a new dimension. Benefiting from the unswerving support of local and government authorities, as well as that of an enthusiastic and ever larger public, along with prestigious partners such as the Edmond de Rothschild Group, this 12th edition organised by the Geneva Watchmaking Grand Prix Foundation certainly made its mark and proved the most successful since 2001.

Carlo Lamprecht had announced a year ago that the 12th Geneva Watchmaking Grand Prix would be themed around the 12th Art, the Art of measuring time. Unanimously saluted by the brands, the artisans, the media and the Federation of the Swiss Watch Industry (FH), this initiative was magnificently illustrated throughout the ceremony that took place at the Grand Théâtre de Genève on November 15th, in front of an 1500-strong audience. Talented artisans presented the prizes to the various winners, with each category introduced by short film sequences created by students of the HEAD (Geneva University of Art and Design). The highly effective, humorous and charming twosome formed by Adriana Karembeu and French novelist Frédéric Beigbeder enabled the ceremony to proceed at a particularly pleasing and enjoyable pace.

The entire event, organised in a link-up with New York (at Tourneau) was broadcast live and in English for aficionados around the world on the Euronews.org and Worldtempus.com websites. Whereas the 70 pre-selected watches had taken part in a travelling exhibition that made stopovers in Geneva, Zurich, Hong Kong and Singapore, the winning models were then exhibited at the Swiss embassy in Moscow from November 28th to December 1st 2012. All photos and results can be consulted at www.gphg.org and worldtempus.com