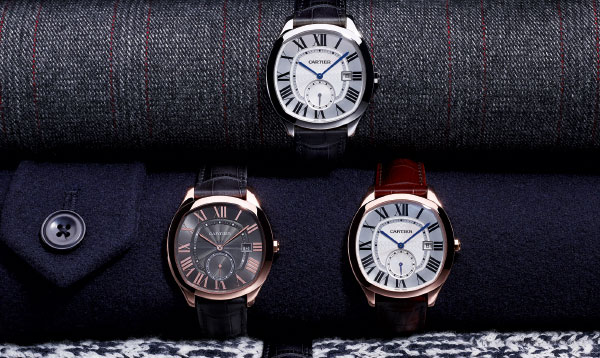 Last year the SIHH coincided with a sudden rise in the value of the Swiss franc, which had a direct impact on the Swiss watch industry. This year it was accompanied by record lows in the price of crude oil and disappointing export figures for the watch industry as a whole in 2015. Given the competition from the non-horological smart watches, it comes as no surprise that exports of watches priced in the 200-500 Swiss franc bracket (excluding the retailer margin) were hit hardest, plummeting by 15% over the past year. Luxury watch exports, on the other hand, suffered less but still dropped. It was, therefore, to some extent reassuring to see the luxury brands respond appropriately at the new, improved SIHH 2016 with carefully considered designs and prices but still with a healthy mix of innovation in talking pieces such as Parmigiani Fleurier’s Senfine technology and the Audemars Piguet Supersonnerie.

In the midst of the SIHH, WorldTempus celebrated a milestone of 15 years on the web. The event was a chance for the industry to come together in a festive atmosphere and party. But with 600 attendees there was inevitably a lot of networking and gossip throughout the evening (see photos on pages 124-127).The highlights: the Dubai Watch Week will be held on 15-19 November this year, avoiding last year’s clash with the SIAR in Mexico; Only Watch will once again be held in Geneva in the autumn of 2017 and the ceremony of the GPHG will this year be held at the Théâtre du Léman on 10 November. Two years’ worth of communication in just one night!

A few years ago a tourbillon might still have been considered a relatively rare and exclusive complication. But last year the category with the most entries at the Grand Prix d’Horlogerie de Genève was the tourbillon category. Tourbillons are going mainstream and TAG Heuer has thrown down the gauntlet at Basel this year with its 15,000 Swiss franc tourbillon that can compete with gold watches from the major players as well as entry-level manufacture models from niche brands. After the aggressive prices of the new Montblanc models shown at the SIHH and the distinctive new Cartier Drive for under 6,000 Swiss francs, it’s good news for watch fans and collectors, who now face an even greater choice and even better value for money.