Swiss watchmaking in Asia : What should be remembered from the past quarter 11.11 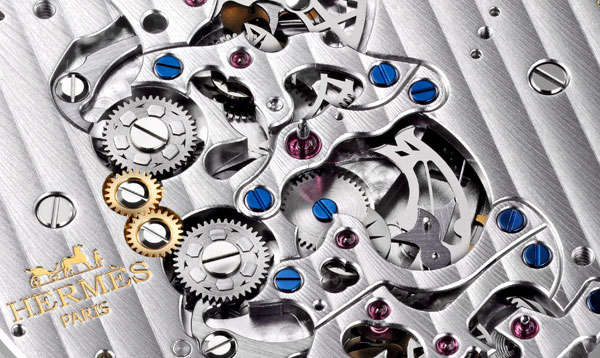 While Swiss exports are crashing due to the strong franc and the debacle of the European economy, Swiss luxury watches are experiencing the exact opposite. Exports were up globally by 19 per cent for the month of October compared to the same period in 2010. In total, the first ten months will have totalled 15.3 billion francs worth of exported watches, which indicates that the 2011 vintage will overtake the already historic 2008 with 17 billion francs’ worth of exports. Not even the increase in the price of gold and precious raw materials has succeeded in stopping this exceptional ascent, mainly driven by China. In fact, Hong Kong and continental China by themselves represent 29.8% of October exports, far ahead of the United States, which continues to perform well at 10.9%. For 2012, Jean-Daniel Pasche, President of the Federaion of the Swiss Watch Industry, told l’Agefi that he expects “positive results – in other words – better than 2011 which was already exceptional.”


Rewards and tough choices
With the autumn frost comes reunion time for watchmaker juries. The objective of their mission: to agree on the most significant watches of the year which will be awarded during prestigious evenings, like the Geneva Watchmaking Grand Prix  – GPHG. For 2011, one might have feared that classical pieces and the reinterpretation of historical models would reign victorious, given that the majority of the year’s innovations were sober and reassuring for the clientele. Hermès’ Arceau Le Temps suspendu, which won the Men’s watch Prize at the GPHG and the 2011 Watch of the Year Prize from Montres Passion magazine, disproved the prognosis while indirectly becoming the cause of an amazing change. Refined and distinguished, this model offers a different vision of masculine watches. By allowing the hands to stop and start at will thanks to a button, users may choose to dispose of their time as they wish rather than seeking to measure it as accurately as possible. The award of the GPHG Grand Prix “Aiguille d’or” prize to De Bethune should also be mentioned.  An avant-garde brand that seeks to reveal the science of futuristic-style watchmaking, De Bethune thus becomes a member of the limited club of brands that matter on the market. The autumn is also punctuated with many watchmaking fairs – both big and mid-sized. Be it the International Alta Relojeria Fair in Mexico, the QP Fair in London, or Belles Montres in Paris, all offer the public a chance to discover the most recent innovations of the brands and to meet their representatives. Promoting exchanges, these bridges connecting the public to the brands create a certain number of problems for some of the latter, mainly the smaller ones. Due to their limited funds, such brands are naturally obliged to make selective choices of the trade fairs in which they take part, whereas all are in fact legitimate in terms of their geographic location.

Culture and sailing
Thanks to the Fondation de la Haute Horlogerie, watch lovers now have a key reference work that retraces the history of time measurement from its beginnings to the present day. Written by Dominique Fléchon, ex-Director of studies and research, “The conquest of time” makes it possible to see and discover how man progressively succeeded in normalising time in a manner that is both educational and beautifully illustrated. Meanwhile, the first races in the America’s World Cup Series, preliminary regattas for the famous America’s Cup which will be held in September 2013, are taking place under the Californian sun. The watch brands have already become involved, with TAG Heuer on Oracle, Corum on Energy Team and Omega on Emirates Team New Zealand.