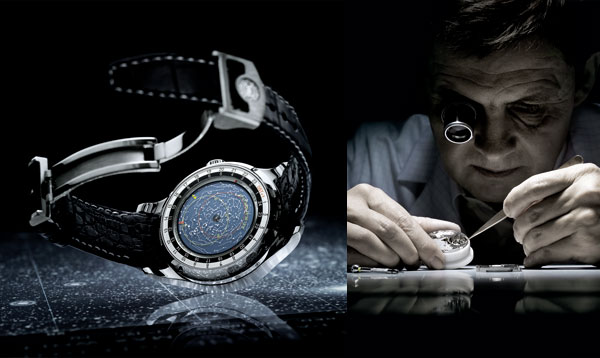 The Swiss watch industry had never yet had to deal with such a highly rated franc in relation to the benchmark dollar and euro currencies. The Greek and American debt crises plunged the world economy into a turmoil amid which the Swiss currency emerged as one of the rare lifebuoys. At the same time as they were increasing their prices by an average 5 to 10%, brands also had to face a considerable drop in profit margins, a measure that could in due course jeopardise their investment capacities. And while prestige brands enjoy more flexibility in adapting their prices, those in the entry-level and medium-range segments are not so fortunate. Moreover, the increase in the cost of precious materials is also making a dent in watchmakers’ accounts. “After an exceptional start to the year, the watch industry must expect to see sales level off”, commented René Weber, analyst at the Vontobel bank. “The 2011 results will therefore be globally positive, but 2012 will start on a less promising note.”

For some brands, the Swatch Group’s decision to reduce its delivery of movements and movement kits is becoming a crucial issue. Those who did not take the warnings issued by the Biel-based group seriously have not sought viable alternatives. Since the other Swiss movement producers are currently unable to keep step with the increased demand, the next few months are set to be tough – especially since compliance with ‘Swiss made’ criteria prohibits the purchase of foreign calibres.

The month of August also brought news of the death of Gérald Genta, an outstanding gentleman to whom Swiss watchmaking owes the design of several legendary models such as the Royal Oak, the Nautilus, the Overseas, the Bulgari Bulgari, the Constellation and the Ingénieur. On a more joyful note, IWC distinguished itself by introducing one of the extremely rare summer launches : the Portuguese Sidérale Scafusia, representing an impressive compendium of complications and innovations (see Focus p. 45). Check out the daily evolution of these news stories and many more on www.worldtempus.com