Worldtempus : What should be remembered from the past quarter – 03-12 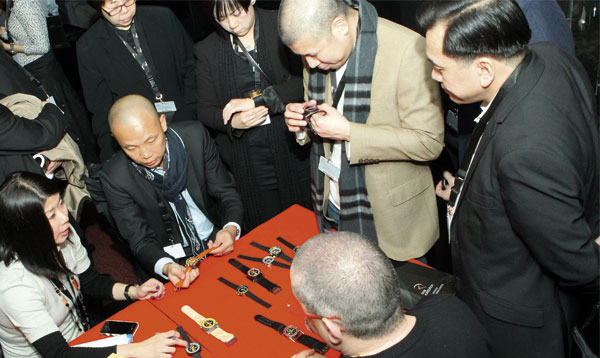 It was an historic exploit for the Swiss watchmaking industry: in 2011, 29.8 million wristwatches worth 19.3 billion Swiss francs left Swiss soil. This represents a 19.2 % increase compared to 2010, with highs of more than 30 % for April and May. Hong Kong and continental China affirmed their status as promised lands with respective increases of 28 % and 49 % ! The outlook remains good for 2012, even though the pace of growth may slow down somewhat.

The fairs in January opened amid a highly positive environment. At the Salon International de la Haute Horlogerie, the brands demonstrated both their daring and their restraint. Daring because the great Manufactures revealed several complicated timepieces demonstrating their level of mastery. The Lange 1 Tourbillon Perpetual Calendar by A. Lange & Söhne, the Duomètre à Sphérotourbillon from Jaeger LeCoultre and Van Cleef & Arpels’ two versions of the Poetic Wish, all sprung surprises with their powerful horological content (see Focus pages). And restraint because generally speaking, the brands preferred purer, simplified designs, eliminating in-your-face or overly-demonstrative versions. The dragons presented by nearly all exhibitors should be noted. Due to Asia’s trade power, the legendary animal representing the protective zodiac sign of 2012, adorned a number of dials.

The latest edition of another important show – the GTE Geneva Time Exhibition – was held for the first time in a new location, the Espace Hippomène. It provides a huge, contemporary, quality environment for several independent brands wishing to exhibit their creations. While there were fewer participants than previously, due amongst other things to the exceptionally early date set for Baselworld this year, they offered several first-class items. Witness for example, the Perpetual Calendar by the Ateliers de Monaco, equipped with a function selector and enabling easy adjustment of all calendar indications via the crown. Heritage Watch Manufacture also stood out with its Viator, an integrated interpretation of its original caliber enriched with a second time zone that is just as easily adjusted. This timepiece received the Superwatch Award for its technical and aesthetic quality, a distinction awarded by the organisers in partnership with Plaza Watch magazine.

The beginning of this year was marked by the emergence of a phenomenon that was somewhat more diffuse up till now, with direct control of distribution being taken over by groups, and in particular Richemont. Having cancelled their contracts with important retailers across the world, several brands confirmed that they wished to intensify their programme of opening their own boutiques. This is a tendency that actually suits several players in the retail field, however, as they will have more freedom in their commercial endeavours. One example of this is the Maverick boutique that recently opened at the Kempinsky Hotel in Geneva. Focusing on independent brands and big watchmaking names, it has enjoyed a flamboyant start to the year.