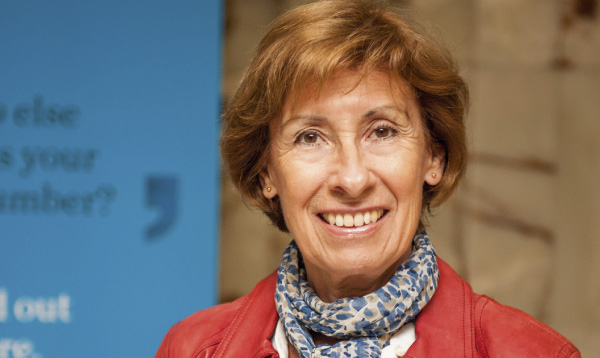 As the head of computation, maintenance and dissemination of Coordinated Universal Time (UTC), the worldwide reference for timekeeping, Felicitas Arias meets with members of this scientific community and representatives of Member States at the International Telecommunication Union (ITU) twice a year in Geneva. While the ITU is responsible for broadcasting UTC via time signals and frequency, based on the second as a unit, it must reach agreement with the intergovernmental organization – namely the BIPM – in determining everything related to time signals and telecommunications, and notably to modify the definition of coordinated universal time, which has been of concern to nations since the year 2000. Although nearly 150 member countries are concerned, only a dozen are actively involved in this realm, for both economic and strategic reasons : Germany, England, China, the United States, France, Italy, Japan, Russia, Italy and to a lesser degree, Canada.

Why change the definition of UTC ?

To move with the ‘times’. But what do we mean by that ? The atomic time scale has existed since 1960 and that of UTC since 1972, replacing terrestrial rotation time used by maritime navigation as a baseline. Nevertheless, it is imperative for maritime navigation to maintain a relationship with the rotation of the earth around its axis, which requires the addition of the leap second in order to synchronize with UTC.

When atomic time was adopted as the definition of international scale, the best compromise was to establish an organization that studied the rotation of the earth in order to determine the gap with atomic time and set a tolerance. Maritime navigation requested that it should not exceed a second (0.9 seconds). The organization became the International Earth Rotation and Reference Systems Service (IERS). However, since 2000 and the omnipresence of new technologies, this leap second has perturbed space navigation, as well as networks without analog time that can disconnect for this short space of time. The unpredictable nature of the frequency impedes all planning. This may occur every 18-24 months or after seven years. The earth sometimes slows down, but never at the same rhythm. In the long term, quieter periods can be compensated by more marked slowdowns that require the addition of more than a second per year. Certain modern systems try and avoid this, requiring the parallel cohabitation of several timescales, and therefore the risks relating to poor coordination, particularly in security systems.

The battle of time

GPS reliability for example depends directly on the stability of time and yet GPS time is synchronized with UTC without a leap second, and currently shows a 16-second difference. This difference increases with every leap second. To make things even more complicated, American GPS is now twinned with a European Galileo, a Chinese BeiDou and a Russian Glonass, and the Chinese have opted not to synchronize with UTC in the same way as the Westerners, instead opting for a two-second difference. Today, someone using a GPS receiver can pick GPS, UTC or Glonass time and in future will be able to add Galileo and BeiDou. Conducting certain operations with tens of seconds’ difference could turn out to be very risky. For nearly 15 years, Felicitas Arias has been trying to get the world to agree on a shared definition. Currently, the IERS supplies forecasts in real time of the gap between the scale of the earth’s rotation and the atomic scale that are far more exact than 0.9 seconds. The mistress of time evokes the idea of time servers and new generations of satellites delivering this information. Will the battle of time be played out in space ?

After obtaining her degree in astronomy from the University of La Plata in Argentina, Felicitas Arias continued her studies with a Doctorate at the Paris Observatory, and subsequently returned to her alma mater to work on astronomic references connected with the rotation of the earth. In 1991, she took over the management of the Buenos Aires Naval Observatory prior to joining the BIPM in Paris in 1999.