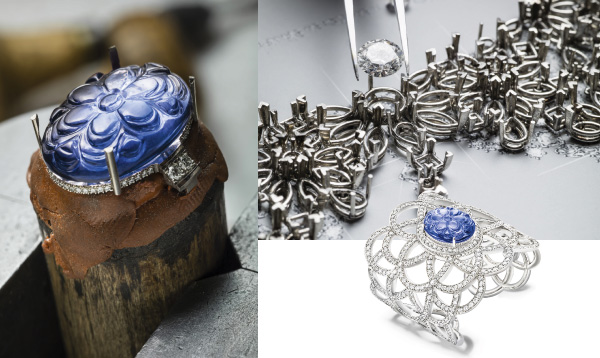 The path adopted by Piaget is atypical. Born as a watch movement Manufacture 140 years ago, it became a watch brand far later, in 1943, and a jewelry brand in the 1960s. Ultra-thin watches, a field in which it began to reign supreme in the late 1950s, afforded it unprecedented opportunities and a creative freedom that it was to leverage in countless different ways. It was through watches that Piaget asserted its jewelry style, with models that have remained famous ever since: watches with hard stone dials, cuff watches, special-shaped watches, secret watches and sautoir necklace watches. Success came particularly swiftly due to the role played by Yves G. Piaget, representing the fourth generation and who proved capable of appealing to a number of celebrities. Piaget asserted itself as a brand with decidedly lifestyle-oriented connotations, in tune with the freedom-loving spirit of the times and making a clean break with the somewhat academic approach of traditional watchmaking.

Over the decades, jewelry and jewelry-watches took on ever-growing importance, to the point of forming full-fledged collections: as of 1990 for jewelry and from 2003 onwards for High Jewelry. Today, Piaget presents two High Jewelry collections per year, comprising around a hundred models each. Issued as one-of-a-kind creations or in small series, they are first designed in the form of highly realistic gouache paintings before being reproduced by top-flight in-house artisans. Piaget unites a broad range of specialties, some of them extremely rare, in giving life to collections brimming with shapes, materials and colors, such as the Extremely Piaget collection launched this fall. On the occasion of its 140th anniversary, the Maison is revisiting its heyday in the 1960s and 1970s and this naturally results in a vivid burst of colors. The famous hard stones – turquoises, opals, hard ruby, jade, onyx and lapis lazuli – rub shoulders with splendid precious stones including over 20-carat central stones as well as gems hand-engraved using the original glyptic technique. In parallel with Extremely Colourful models, the Extremely Sparkling creations highlight diamonds and in particular the brand’s cherished marquise cut, along with highly complex gem-setting techniques such as the baguette-cut diamond “jupon” setting devised by Piaget in the 1960s and inspired by Haute Couture petticoats; as well as a style of gem-setting based on chatons and links developed to create a Claudine collar sautoir-necklace watch. Everything converges towards the quest for Perfection in Life expressed through the new advertising campaign.