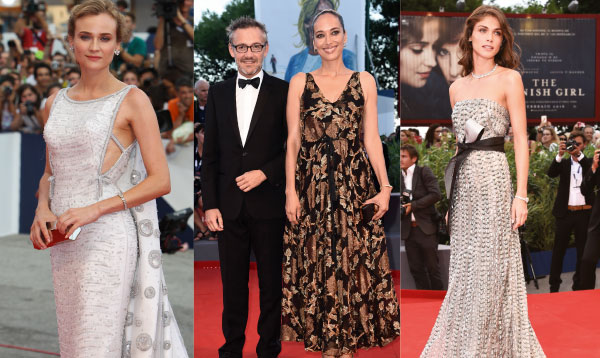 As principal partner of the Venice International Film Festival (the “Mostra”) for a decade, Jaeger-LeCoultre annually awards its prestigious “Glory to the Filmmaker” prize to a director chosen by the Festival director. For the 72nd edition, the official hostess was French-Italian and Egyptian actress Elisa Sednaoui. For the opening night, she strode the red carpet wearing the exceptional Rendez-Vous Ivy Secret jewelry watch. Through the launch of new projects such as the Filmmaker in Residence program initiated in 2013, the Grande Maison is actively contributing to artistic creativity in the movie world. Its CEO, Daniel Riedo, appeared at the opening ceremony with the actress Nadezhda Mikhalkova who wore a vintage Jaeger-LeCoultre timepiece, while the brand’s communication director Laurent Vinay (pictured) was accompanied by Carmen Chaplin. An example of what can happen when the 12th Art and the 7th Art work as a team !
<
>