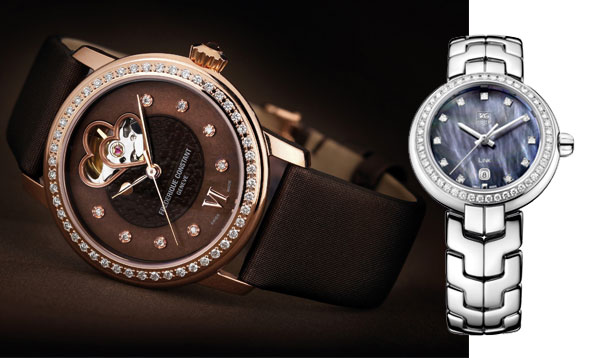 Cameron Diaz and Leonardo DiCaprio, both loyal partners of TAG Heuer, joined forces for the first time at New York’s most glamorous fall charity event on behalf of causes dear to the two superstars. Over 500 guests from around the world applauded their performance at the spectacular American Museum of Natural History, as well as the support from TAG Heuer which committed to donating 100 dollars for each invitee to the New York Cares’ Hurricane Sandy Relief Fund, and an equal amount to the United Nations Entity for Gender Equality and the Empowerment of Women. Jean-Christophe Babin, CEO of TAG Heuer, also stated that profits from the sales of the Link Lady Trilogy, associated with Cameron Diaz, would help finance UN Women, and that proceeds from the Leonardo DiCaprio Link Calibre 16 Chronograph would go to the International Red Cross and the Natural Resources Defense Council which the actor actively supports.

As the Frédérique Constant ambassadress in China since 2008, movie star Shu Qi travelled to Los Angeles in September to plead the cause of the World Heart Federation, in cooperation with the Chong Hing Jewelers. The brand based in Plan-les-Ouates had decided to show its support for this charity by inviting around a thousand guests to this event aimed at raising the profile of the association which fights cardiovascular disease in women and children. A first 50,000 dollar cheque from Frédérique Constant will in particular help to raise awareness among the populations of Brazil, India, the United Kingdom and the USA.