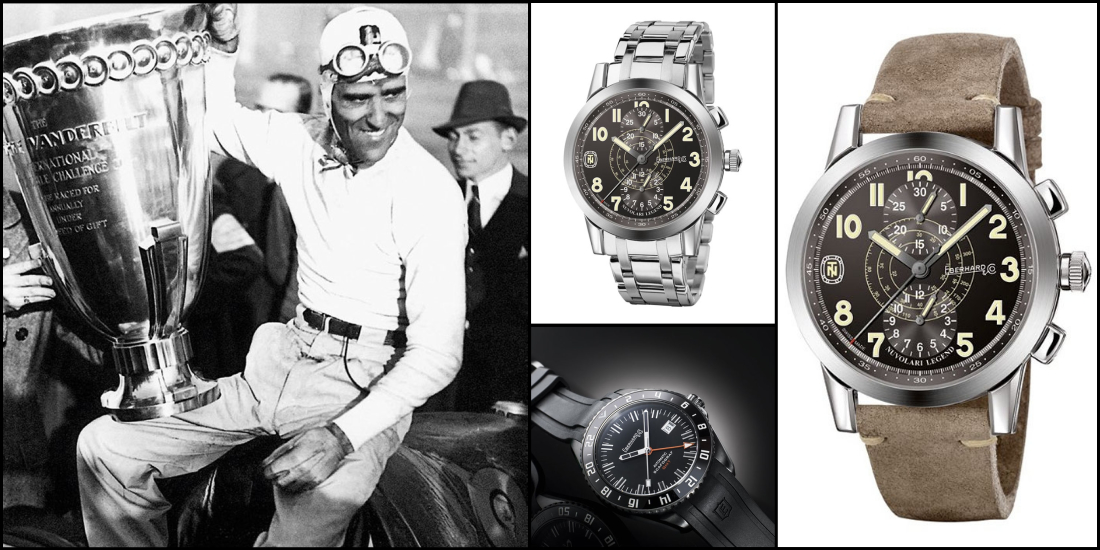 130 years of history: the legend of  the “campionissimo”

MOVEMENT : mechanical self-winding Eberhard & Co. caliber built on a Valjoux 7750 base movement, personalized with an engraving of the model name and a stylized depiction of the Alfa Romeo type 12/C

A number of watches are inspired by cars or car races, but far fewer bear the name of a driver. The Tazio Nuvolari chronograph launched by Eberhard & Co. in 1992 paid tribute to the impetuous Italian driver – who was first a motorcycle champion before dominating motor-racing between 1920 and the late 1940s – in a year corresponding to the 100th anniversary of his birth. The watch firm, which had meanwhile been bought up by an Italian investor during the quartz crisis, was well known in Italy. Commemorating the “campionissimo” – a legend in his native land, praised by Ferdinand Porsche as well as Enzo Ferrari, and whose coffin was carried by Juan Manuel Fangio at his funeral in 1953 – was doubly natural. Not only did Tazio Nuvolari own and wear an Eberhard & Co. watch, but in 1991 the Swiss watchmaker also became timekeeper and official partner of the now famous Grand Premio Nuvolari, which starts and finishes in Tazio Nuvolari’s native city of Mantua.

Since the time of its launch, the Tazio Nuvolari collection has been enriched with several chronographs inspired by the Italian champion’s victories and feats, including the Grand Prix or Vanderbilt Cup models – the latter referring to the race he won in 1936 in New York at the wheel of his Alfa Romeo Type C 36. In 2015, the 336 Limited Edition with dual-time display honored the world speed record (336 km/h) that Tazio Novolari set in 1935 on a highway near Florence.

The latest Tazio Nuvolari, announced in February at the Salon Rétromobile classic car show in Paris, acknowledges the legendary stature of the “Mantovane Volante” (flying man of Mantua). Available in two sizes, fitted with a choice of aged leather strap or steel bracelet, this vintage-look timepiece with its large luminescent Arabic numerals features an original spiral-type display of the tachymeter scale in the center of the black dial. There are numerous references to the “Maestro”, including his initials on the dial, an Alfa Romeo Type 12C from the Scuderia Ferrari engraved in gold on the back… and a tortoise on the wristband clasp. The latter is a nod to a gold chelonia tortoise that the driver was gifted by the poet Gabriele d’Annunzio and which became his lucky charm, bearing the dedication : “To the fastest man in the world, the slowest animal.” 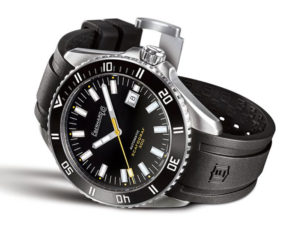 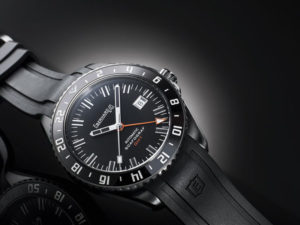 This year, Eberhard & Co. is opening up the Scafograf to women by offering them an unusual 38mm stainless steel model water-resistant to 100 meters. Available in white or in a chocolate brown shade that is unusual for a ladies’ watch, it maintains all the key aesthetic codes of the collection : the date at 3 o’clock, the screw-in case engraved with a starfish traditionally used by Eberhard & Co. since the 1950s, as well as the somewhat virile-looking baton-type hands. But the elegant faceted motif on the bezel which replaces the numerals that are indispensable on diver’s watches gives a softer touch to the watch, while the mother-of-pearl adorning the dial of the white and chocolate brown versions version enhances its femininity.

The Scafograf GMT already exists since last year in a black or blue version, of which the 2018 interpretation reprises the main characteristics and the triple time-zone display adjustable via the position of the bezel and of the orange central GMT hand. The new entirely black-clad version bears a curious nickname that singles it out in an industry that loves to use technical or grand-sounding names. This “black sheep” exudes a singular charm with its steel and black DLC®-coated case and a relatively exclusive production run of just 500. 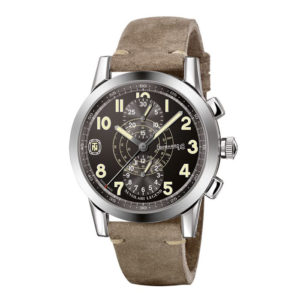 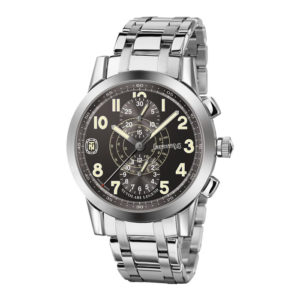 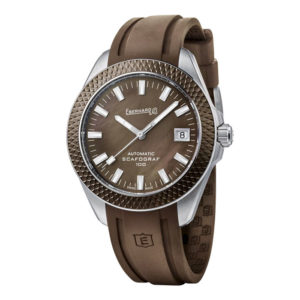 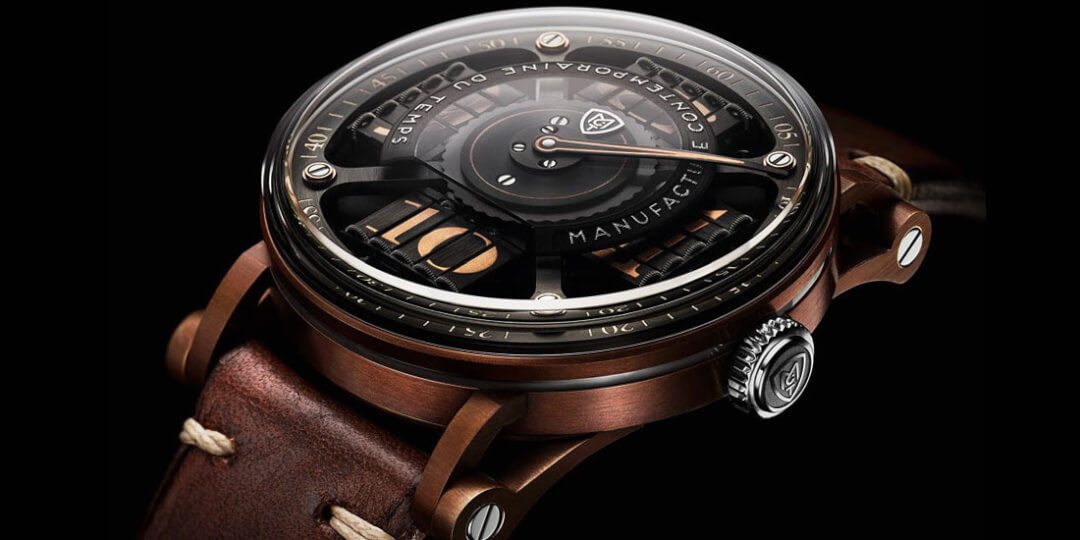