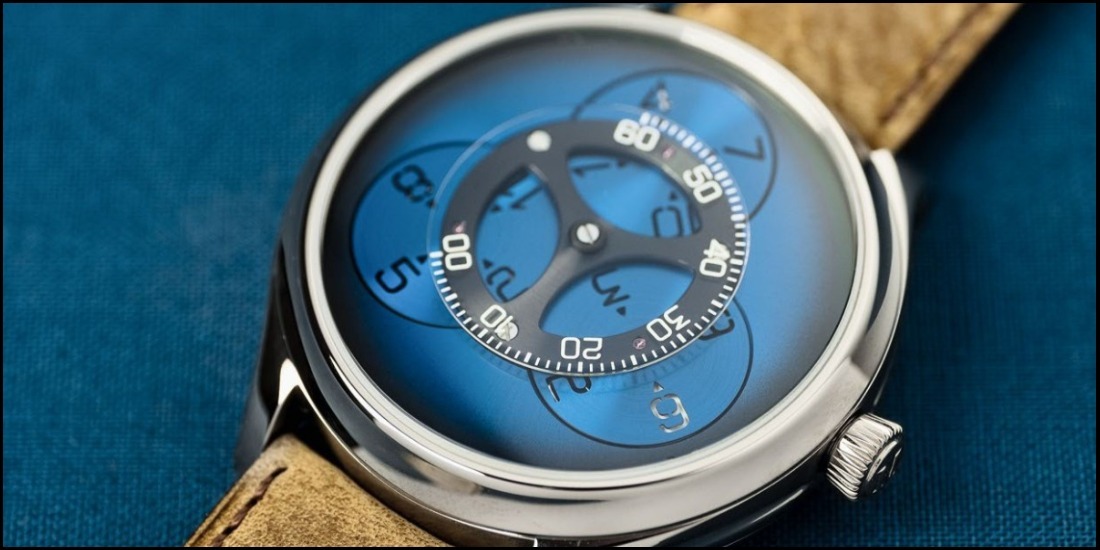 FUNCTIONS : “wandering hours” satellite display of the hours and minutes

In providing its inimitably pure style-take on the “wandering hours” display H. Moser & Cie. showcases both its adaptability and its relevance within the watch industry. Notwithstanding its classic craftsmanship, Moser is a revolutionary brand. Having progressively removed all inscriptions from its dials, and even its name on the Endeavour Concept limited series, the brand is now rolling out a new form of experimentation. It is expressed through a new horological complication and now also does without hands – replaced by a set of rotating disks in this Endeavour Flying Hours model. H. Moser & Cie. has taken its HMC200 selfwinding movement and added a display module based on the principle known as “wandering hours”. This rare complication is interpreted in a subtle manner, since the three disks bearing the hours appear to merge seamlessly into the magnificent sunburst blue dial. The current hour numeral appears against a white backdrop and features a small arrow pointing to the minutes track appearing on its own superimposed sapphire disk. The result is unexpected and pleasingly minimalist, for a complication that is generally anything but. This is indeed a miniature revolution.