Moonwatch the fascinating little stories behind a grand aventure 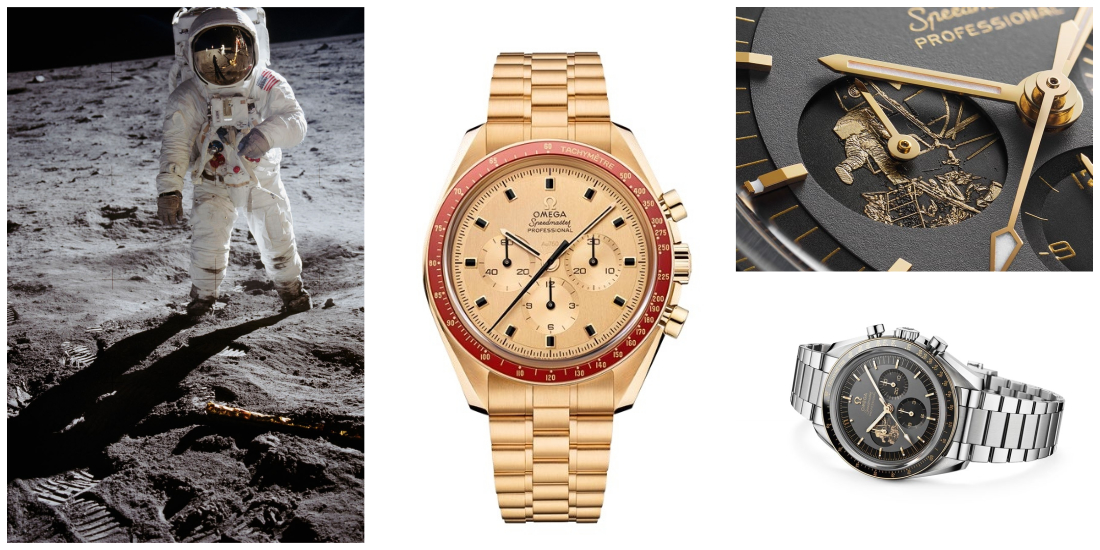 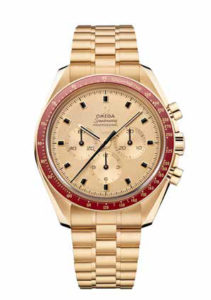 To celebrate the 50th anniversary of the first moon landing, Omega is presenting two limited editions of its Speedmaster Professional. An ideal excuse to look back at some of the anecdotes that shaped the destiny of the Moonwatch.

There are few such well-known, recognizable and enduring watches. The one commonly known as Moonwatch is among the rare true legends of contemporary watchmaking. Officially named the Omega Speedmaster Professional, it has earned its reputation through its close, decisive and lasting association with the American space program. But in reality, this highly functional steel chronograph with a black dial and three counters, equipped with a Lemania manual-winding movement, was launched in 1957 and had nothing to do with the desire to rise above earthly gravity.

Without contacting the brand, NASA’s equipment engineers acquired one of these chronographs directly from a retailer in Houston, the city hosting the heart of the US space program. They took the initiative of subjecting it to an incredibly difficult test program far exceeding the constraints that this watch and the others were designed to face. Shocks, vibrations, variations in temperature, pressure and in particular depressurization : the trials simulated the brutal conditions that the astronauts of the Apollo program were to experience – but on the scale of a small, entirely mechanical instrument. The rest is history : the Speedmaster Professional emerged victorious from the tests and only then was Omega contacted.

A SMALL STEP FOR MAN

On July 16th 1969, Neil Armstrong, Buzz Aldrin and Michael Collins lifted off from Cape Canaveral aboard the Apollo 11 module atop a Saturn V rocket. Each wore a chronograph on their wrist, over their hermetically sealed space suit, Four days later, on July 20th, Neil Armstrong took his first step on the moon, followed by Buzz Aldrin. This chronograph acquired its nickname after becoming the only watch flight qualified for all U.S. manned space missions. Fifty years on, to celebrate this association that was definitely not a marketing stunt, Omega is launching two limited editions. Both have the kind of stories to tell that take us back to this global event which united the entire planet behind its television and radio sets.

The first one is called Speedmaster Apollo 11 50th Anniversary Moonshine Gold. Entirely made in yellow gold, an alloy named Moonshine for its lunar pallor, it is an updated reissue of the watch that Omega had created to celebrate the moon landing. Like the original, it comes in a 1,014-piece limited series and is modelled after a watch on show in the Omega Museum. The latter had acquired it because the American President, Richard Nixon, had had to refuse the gift because it was too valuable. The astronauts, on the other hand, were entitled to keep theirs.

The second, on the other hand, clearly refers to the “first step”. Issued in a run of 6,969, this chronograph is called Speedmaster Apollo 11 50th Anniversary. Its small seconds display, the space generally used to customize Moonwatch special editions, depicts Buzz Aldrin descending from his lunar module. Because in fact, when Neil Armstrong exited the spacecraft and took his first historic step, he was not wearing the watch which had remained on board to perform calculations, thus compensating for the failure of on-board equipment. It was thus Buzz Aldrin’s watch that was the first to come in contact with the lunar environment. The first of a long series of outings far, far from Earth.