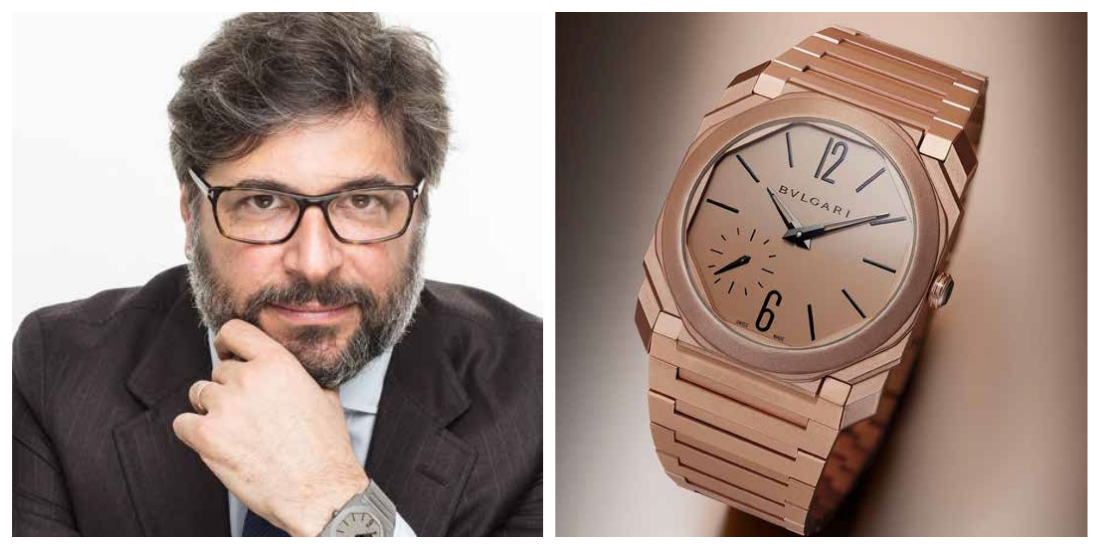 Since its launch in 2014, the incredible Octo Finissimo collection has set four world records and earned two major prizes at the Grand Prix d’Horlogerie de Genève (GPHG). The methodical construction of this stand-out line that overturns existing design codes and features standout technical innovations opens up new horizons for devotees of Fine Watchmaking. GMT has selected five models illustrating the wealth of this personality-packed line, from the selfwinding model for everyday wear to Haute Horlogerie models for grand occasions.

Above and beyond the records and awards that strengthen Bulgari’s recognition and credibility in the fiercely competitive territory of Fine Watchmaking, the Octo Finissimo collection also delivers something new on all levels : technical performance, but also and above all, a more modern sophisticated expression of elegance in high-end watchmaking. Vibrant shapes are matched by a generous and innovative choice of exterior elements. At the very peak of the watchmaking pyramid, the surprising Octo Finissimo Minute Repeater was initially introduced in titanium, and now appears in carbon. The Octo Finissimo Tourbillon was launched in a platinum hand-wound version, and now comes in a sandblasted titanium selfwinding interpretation. The variety of materials as well as surface and movement treatments, notably openworking, is stunning across the entire price spectrum. This is particularly true of the last two versions of the Octo Finissimo Automatic, also available this year in pink gold and rhodium-plated steel, which lends an entirely original chrome-like radiance to the metal. For Guido Terreni, CEO Bulgari Watches, “they instantly draw the gaze through the treatment lavished on the materials. Thanks to sandblasting, pink gold exudes warmth without glinting, and glows rather than dazzles. Rhodium- plated steel also takes on an elegant, silky shimmer. It is all about subtlety and elegance, free of any excessive ostentation.” Like the collection as a whole, ridges and angles create light and perspective effects that are unique in the watch industry, to the point where some customers treat themselves to several models from the Octo Finissimo line, which has sparked a full-fledged watchmaking phenomenon in barely four years.