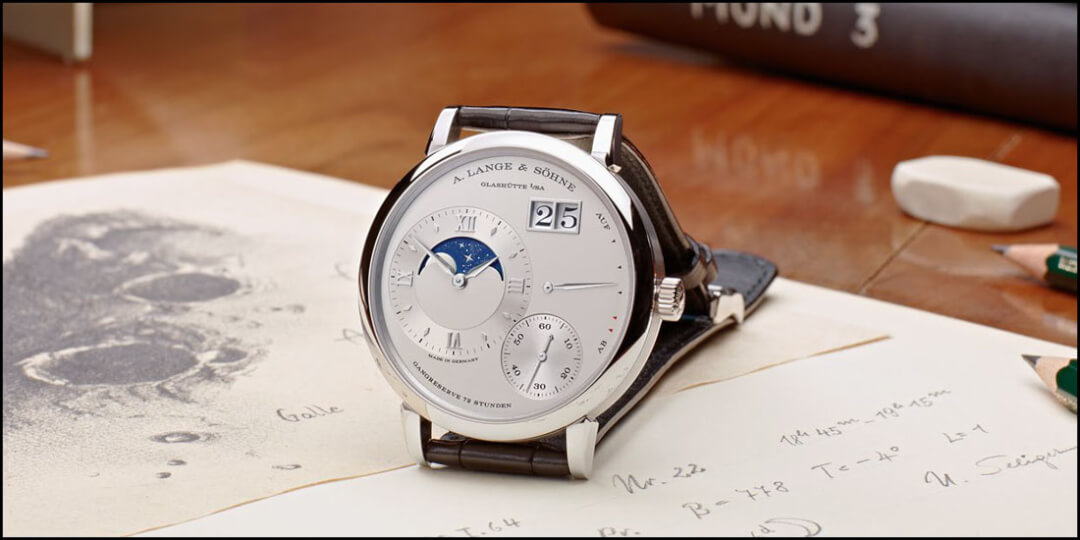 While we have for 20 years been familiar with the distinctive structure of German watch movements and their identity featuring specific and fascinating finishing, the beautifully balanced proportions and the understated design continue to stir the same sense of wonderment. With an A. Lange & Söhne model, the first elements that strike any observer are its inherent sobriety along with the absence of any superfluous or ostentatious details. 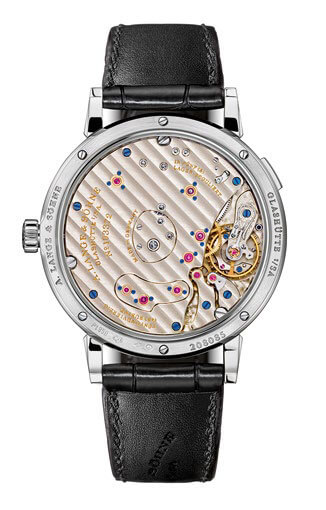 There are no surprises in this department, but definitely the same aesthetic delight. A feeling that everything is exactly right about the combined proportions, the design and the finishing of the case and indeed of all the exterior elements. It should be said that the brand’s extremely strict identity codes leave very little place for fanciful touches. Moreover, the Lange 1 case is already fully mastered, as is its movement, whatever the complications that are interpreted in these models. So what would be the point of changing a formula verging on perfection and on which the brand success has been built ? The “Grand” version of this Lange 1 flaunts a characteristic classicism with a 41 mm-diameter, 9.50mm thick case. The moon correction and outsize date pusher are symmetrically placed along the left side of the entirely polished caseband. The various items of information appear on distinct dial zones in keeping with the customs of the German Manufacture, leaving space for a large moon disk positioned in the center of the hours and minutes subsidiary dial. The right-hand side of the finely grained dial displays the oversize date in a gold-rimmed twin aperture, along with the German-labelled power-reserve scale in keeping with company traditions, and the small seconds. There is nothing really exclusive or new to discover, even upon close scrutiny, but instead a clear confirmation of the rare nature and supreme expression of luxury – a term reflecting a reality that is all too often overused to the point of becoming an endangered species.

Here two, everything is entirely in line with the Maison’s cherished principles. The famous three-quarter mainplate covers the entire movement apart from the seconds and escapement wheels and pinions. Its non-galvanized German silver surfaces are adorned with Côtes de Genève. The seven screw-in chatons together with the endstone of the escapement bridge contribute to the overall impression of extraordinary quality. The regulating organ alone would deserve a chapter to itself. It is one of the rare balance-and-spring assemblies to be produced in keeping with the most stringent rules of Haute Horlogerie, using traditional materials and entirely in-house. A variable-inertia balance wheel, a flat balance-spring with no buckle, a mobile balance-spring stud adjusted by means of a micrometric screw and a swan’s-neck spring covering the traditionally hand-engraved case, constitute a veritable compendium or treatise of top-flight chronometry. One might be tempted to point out the choice of rounded bridge contours avoiding the need to deal with the delicate sharp angles, but it is precisely by making these kind of concessions – perfectly handled in this case – that A. Lange & Söhne can offer such attractive prices in comparison with the kind of “mass-produced” Haute Horlogerie approach exercised by its main competitors. The energy supplied by the single barrel guarantees three days of autonomy and a frequency of 21,600 vph, while the moon phase is driven by a high-precision mechanism requiring just one correction every 122 years. 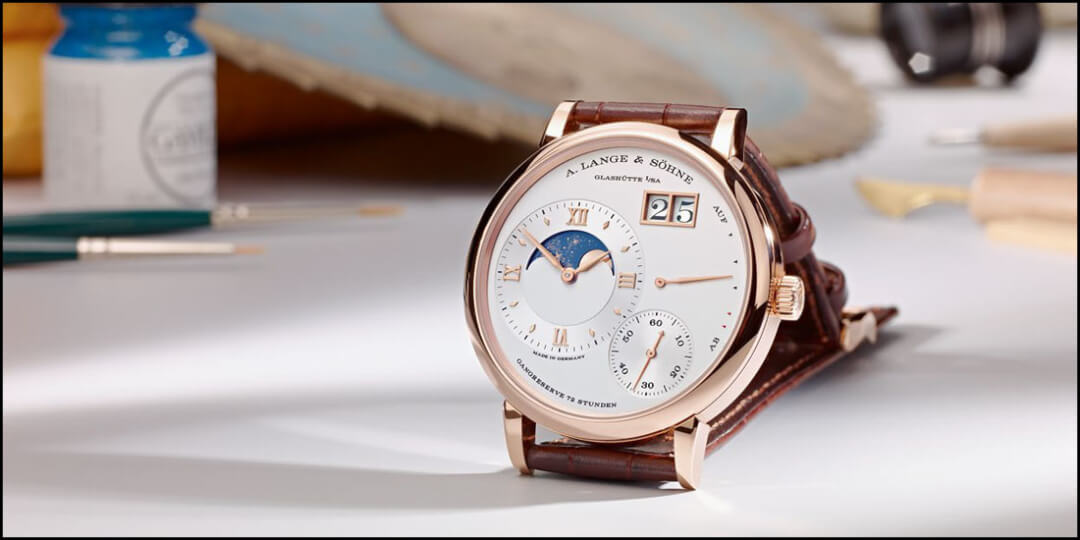 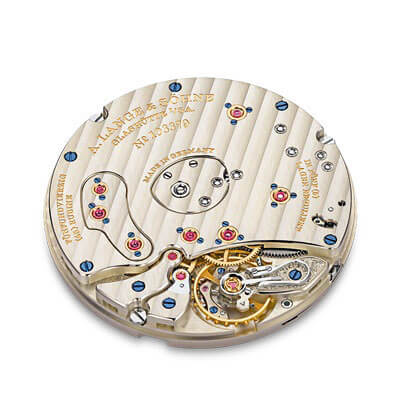 Quite frankly we were not really expecting any more surprises for this chapter than for the two previous ones. Let’s start by saluting the presence of a stop-seconds device that greatly facilitated measurement-taking during these tests and will delight isochronism-seekers. Two complete power-reserve cycles were measured as extending beyond the 72 hours shown on the dial. During these two procedures, the usual measurements were performed in five positions at 0 hours and then at 24 hours and 48 hours of running. The results naturally demonstrate exemplary regularity even after 48 hours of operation, and the amplitudes at that stage are reduced by around 60 degrees. Only one measurement, in the vertical position, was outside the 0 to +10 seconds/day range. However, above and beyond these likewise exemplary results, what is truly remarkable is the method employed to achieve them. For rather than using technologies or revolutionary materials filled with hypothetical promises, it is the care devoted to details and the respect for the rules of the watchmaking art – fundamentals that are all too often forgotten – that precision timekeeping and reliability succeed in living up to their promises. Wearer comfort, as well as handling for operations such as winding, setting the time or correcting the outsize date, are all as impeccable as the watch as a whole.

The qualities of this Grand Lange 1 Moon Phase are clearly present here, just as they are on all models from the German Manufacture. Some may find that the exemplary sobriety of A. Lange & Söhne reflects a certain German austerity. Since it is this very quality that aficionados greatly appreciate, one cannot but encourage the brand to maintain this course. Nonetheless, and therein lies the real challenge, while the Lange 1 Moon Phase is endowed with all the qualities that bring it close to perfection, it does not surprise observers. It will thus be vital for the Germany watchmakers to succeed in creating a certain suspense among their collectors and to adopt a somewhat more innovative approach (there are two moon phase models for the Lange 1 collection !), notably when it comes to the range of complications on offer and their interpretation. This must of course be done without sacrificing any of the brand’s inherent identity and quality that are a benchmark for the watch industry in general.