Richard Mille : from the ocean to the wrist 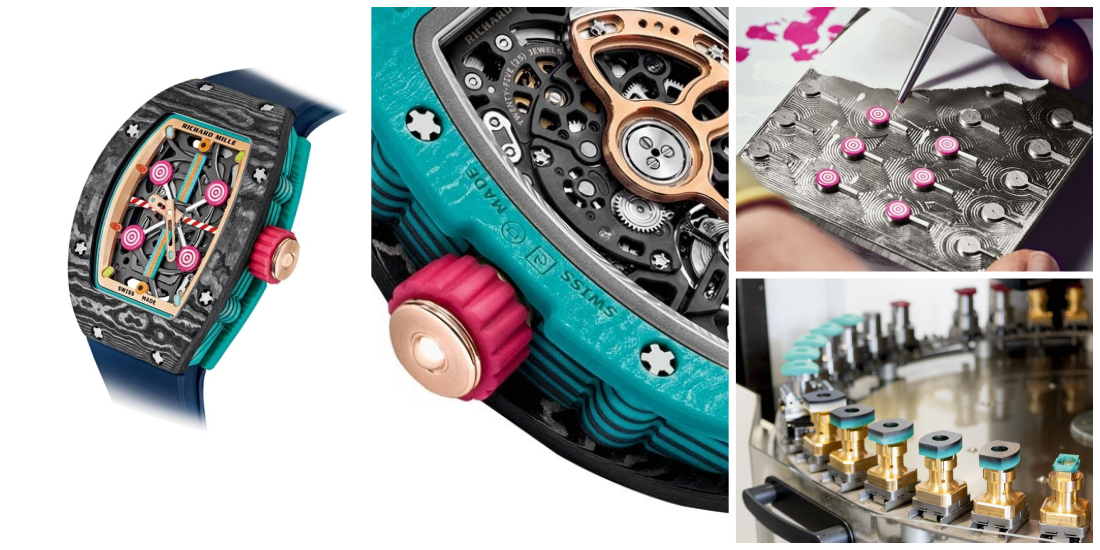 Richard Mille has pushed the development of composite materials much further than any other watch brand. Last year, its partner NTPT® opened a 300m2 clean room production area in Switzerland dedicated exclusively to research, development and production for Richard Mille watches, jewelry and writing instruments.

While this new facility is for the production of non carbonfiber materials such as its unique Quartz TPT® fibers, NTPT® owes its very existence to the lure of the ocean. It developed the technology to build the black carbon sails for the 2007 Alinghi America’s Cup yacht, which it later expanded to the construction of yacht masts before taking its technology to the air on the groundbreaking zero-fuel Solar Impulse aeroplane. Richard Mille began its collaboration with NTPT® in 2013 and the two partners have since co-developed the world’s first thin-ply quartz fibre prepreg, Quartz TPT®, which made its debut on the RM 27-02 and RM 35-02 Rafael Nadal models.

This material is actually a composite formed by interleaving Carbon TPT® with Quartz TPT®. The Quartz TPT® alone consists of over 600 layers of quartz fibers that are coated in a coloured resin and inserted between the layers of Carbon TPT®. In addition to the usual benefits of carbon fiber, Quartz TPT® allows the introduction of colours like the turquoise seen on this year’s RM 07-03 “Blueberry” model (which took a full year to perfect), as well as a unique aspect, since the machining reveals a pattern of layers unique to each piece.

Like all Richard Mille watch cases, those in Quartz TPT® have to meet strict quality standards with tolerances of just plus or minus 2 microns for their dimensions. These are checked by a machine that takes hundreds of individual measurements in a process that can take over an hour for the complete watch case. Up to 85 % of each production run may be subjected to these detailed checks.

Despite its unique characteristics, Quartz TPT® is treated with as much care as precious metals as far as its finishing is concerned. When each case component comes out of the CNC machine it is first buffed with a special tool to remove any protruding fibres before being polished and beveled like any other case, despite the difficulty of such operations on a material as robust as Quartz TPT®. In this year’s Bonbon collection, combined with tiny sweets in hand-painted enamel, it looks good enough to eat !