Slated for September 2018 in Venice, Homo Faber will be the first large-scale exhibition dedicated to European craftsmanship. An unprecedented tribute to human skills, celebrated in due style to ensure it is duly passed on and perpetuated. 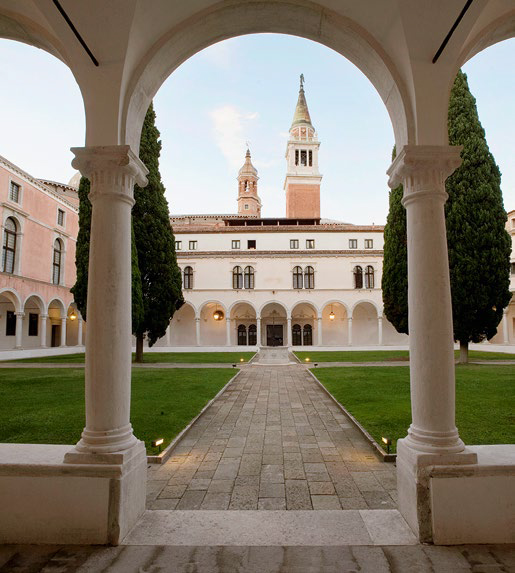 THE HOMO FABER EXHIBIT will be organized by the Giorgio Cini Foundation on the Island of San Giorgio Maggiore in Venice.

Artisans have the Midas touch. They possess rare skills that they are now determined to showcase with the benevolent support of the Michelangelo Foundation. Jointly founded in Geneva by Franco Cologni and Johann Rupert, this Foundation dedicated to promoting, preserving and perpetuating the finest artisanal practices by cultivating ties between craftsmanship and design has just announced that is organizing the most important exhibition ever dedicated to fine craftsmanship. “Homo Faber is an expression that was first coined during the Renaissance and it captures and celebrates the infinite creativity of human beings,” said Johann Rupert, Co-founder of the Michelangelo Foundation. “The exhibit will provide a panoramic view of European fine craftsmanship but it will nevertheless have a singular undercurrent : what human beings can do better than machines.”

FRANCO COLOGNI AND JOHANN RUPERT, co-founders of the Michelangelo Foundation for Creativity and Craftmanship.

To celebrate the nobility of the human touch, the choice of location was obvious. “We chose Venice for this exhibition not only because it is a bastion of culture and a place of unequalled beauty,” Franco Cologni, Co-founder of the Michelangelo Foundation explained, “but also because Venice is today and has always been a European hub for exchange and connection internationally.” Spread over approximately 4,000 sq.m in the gallery, libraries and cloisters – including a former swimming pool – of the Giorgio Cini Foundation, on the Island of San Giorgio Maggiore, the Homo Faber exhibition will immerse visitors into the world of craftsmanship in all its forms, from the finest jewelry to custom-made bikes. Several exhibitions are designed like an interactive route aimed at promoting artisanal expertise through exceptional works, original installations, as well as the possibility of watching creations live from the workbench, with artisans plying their trade.

In developing these various themed spaces, Alberto Cavalli, Executive Director of the Michelangelo Foundation, has enlisted the support of artists, designers, architects and curators including Michele De Lucchi, Stefano Boeri, India Mahdavi, Judith Clark, Jean Blanchaert and Stefano Micelli. Each in their own realm of expertise, they have created dedicated areas designed to highlight fine craftsmanship in all its countless different facets. The latter are all governed by a common denominator : excellence born of the intelligence that guides the human hand, that has been exercised since the dawn of time and represents the very opposite of artificiality.