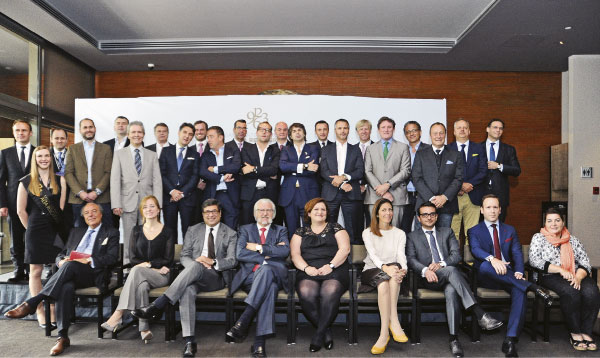 CEOs, PRs and the sales managers of numerous brands clocked up a considerable number of air miles over the past quarter attending exhibitions as far afield as Mexico City (SIAR), London (SalonQP), Brussels (Passion Montres), Paris (Belles Montres) and Macau (Masters of Time). GMT and WorldTempus accompanied on them on their journeys, with a human presence at all but two of these shows – an achievement we aim to beat next year. For many visitors to these exhibitions, it was a first chance to see the 2014 collections and the most recent launches. But smaller brands are also increasingly using these regional shows as a platform to launch new timepieces, keen to make their voice heard rather than be drowned out by all the noise in Geneva or Basel.

As expected, the Patek Philippe “Supercomplication” broke its own record at the Sotheby’s sale in November, buoyed by both the celebration of the brand’s 175th anniversary and the results from the Christie’s sale just days earlier. An exclusive “Panerai-only” sale at Artcurial in Paris in December confirmed the growing demand for vintage timepieces.

Among the numerous horological quality certifications, the Poinçon de Genève (Geneva Hallmark), which is steeped in tradition, embraced the future by swapping the stamping technique that gave it its name for a high-tech “nanostructuring” approach. Meanwhile, the Fleurier Quality Foundation (FQF) certification, which is shared by the brands producing their movements in this watchmaking outpost in the Val de Travers (Bovet, Chopard, Parmigiani and Vaucher Manufacture), celebrated its tenth anniversary. Announced in Geneva in early December, a new certification standard initiated by Omega has been entrusted to the Swiss Federal Office of Metrology (METAS). It will test the resistance to magnetic fields, the water resistance, the autonomy as well as the chronometric performances of Omega watches, which will thus no longer be submitted to the COSC. The big question is whether watch buyers fully understand these different certifications.

Over the next few months the financial results of the major watch groups will show whether 2014 really was as uncertain as the industry made out. Only then, perhaps, can we seriously start to consider what 2015 will bring.  Our first sneak peeks at the SIHH launches confirm a continuation of the classic trend seen this year, but also show that there is by no means any lack of innovation either.