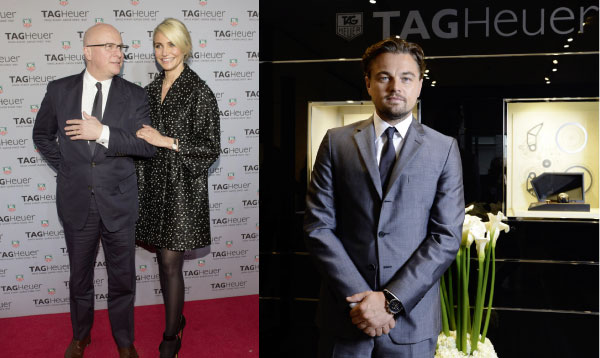 After Saint-Germain-des-Prés, the Saint-Imier company is making its second appearance in the smart districts of the French capital. Located near the Opéra Garnier in Paris, this new 120m2 setting, adorned with glass, steel and exotic woods, wonderfully embodies the prestige of the brand and its timeless singularity. The inaugural evening last winter also celebrated the 50th anniversary of the emblematic Carrera collection. Amongst the guests, personalities from the fashion and political worlds rubbed shoulders with some of the biggest names in motor racing. Topping the billing on this prestigious guest list was actor and brand muse, Leonardo DiCaprio.

Within the TAG Heuer universe, Paris is just a step away from New York, where CEO Stéphane Linder to open a boutique on Fifth Avenue at the end of January, alongside Cameron Diaz, charming icon and TAG Heuer brand ambassador since 2012. A cocktail followed at the famous Museum of Modern Art (MoMA), located just opposite! “New York is the epicenter of culture, entertainment and fashion, and is a perfect city to open a TAG Heuer boutique”, declared Stéphane Linder, welcoming his guests. With these new addresses, there are now 180 TAG Heuer boutiques across the world. But not for long… 20 new locations are planned for 2014.