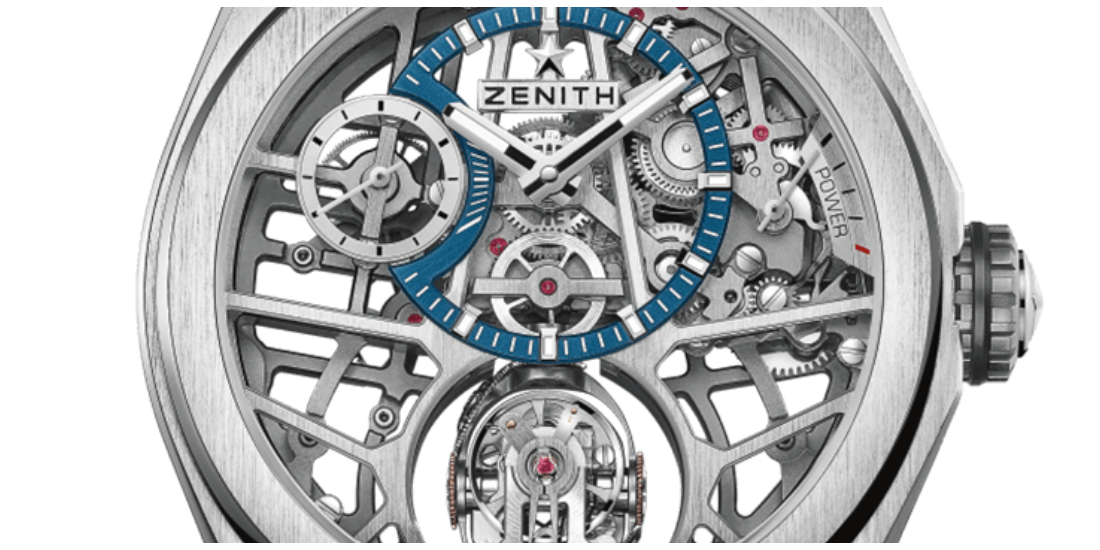 In all began at the start of 2017, with the presentation of the Defy El Primero 210 chronograph, the 21st century in-house model that multiplied by 10 the accuracy of short-time measurement – delivering hundredth of a second instead of the tenth of a second precision achieved by its illustrious predecessor. With this new launch, Zenith introduced a neo-vintage style for the new Defy collection, inspired by 1970s El Primero models and aesthetically bridging past and future. Modernity takes on its full meaning in the openworked versions that offer connoisseurs a fascinating glimpse into the secrets of their remarkable performance. The future was already very much in evidence at the end of 2017, when the Manufacture introduced a limited series of 10 one-of-akind models distinguished by their exterior. Defy Lab watches are equipped with a revolutionary regulating organ that is more functional and accurate than ever before. For series production, the latter heralds the long-awaited post balance-and-hairspring era, doing away with this predominant pairing that has for centuries formed the beating heart of most mechanical watches.

Meanwhile, the Defy line is being steadily enriched and two new versions were unveiled at Baselworld 2018. At range-entry level, the Defy Classic is a simple three-hand plus date watch, embodying contemporary sporting elegance in a 41mm-diameter rather than 44. Presented in skeleton mode, it highlights the fivepointed structure of its movement, a stylized evocation of the Zenith star. The star of the show, Defy Zero G (for zero gravity), is a Fine Watchmaking creation equipped with a gyroscopic “Gravity Control” module. Patented a decade or so ago, the latter compensates for the effects of gravity via a gimbalmounted construction, similar to those of marine chronometers. In this modern-day tourbillon, the regulating organ is held in a horizontal position, whatever the position of the watch itself. Nonetheless, the original module has been significantly revisited and its optimization is accompanied by a 30% reduction in its original volume. This enables it to fit easily inside a watch of reasonable diameter and thickness. For its launch, the Defy Zero G line is issued in four skeletonized versions, with options including a metal bracelet distinguished by H-shaped brushed and polished links. Defy clearly proclaims its vocation: that of a complete collection incorporating a wide range of models covering the entire spectrum of mechanical complexity.