The future is resolutely high-tech 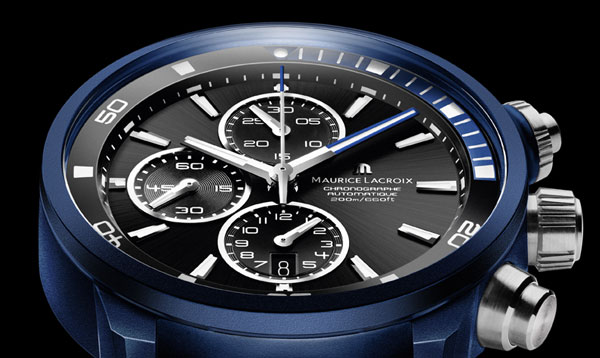 The new technologies on which tomorrow’s watches will be built appear cyclically every three or four years. The stars of yesterday were called silicon and ceramics. Now that they have been tamed, these state-of-the-art concepts are widely available. Their successors made a vivid appearance at Baselworld 2013, and have never held such great promise.

Alloys
The materials of which watch cases are made reflect a constant quest for the ‘wow’ factor that will spell the difference between each brand its competitors. Titanium and ceramics no longer embody the future. At Maurice Lacroix, they are ingredients of the Powerlite material feature in the new Pontos S Extreme. Thanks to the addition of zirconium and magnesium, this alloy is three times lighter and twice as scratch-resistant as steel. Meanwhile, the HYT brand is developing the science of resin with the H1 Azo Project. Tinted fluorescent yellow, the brand’s favourite colour, its polyepoxide resin is translucent, four times lighter than titanium and three times as resistant to abrasion.
Magnetism
Moreover, materials also define the performance of the movements themselves. TAG Heuer is innovating on two fronts. Its MikroPendulumS has a case made of chrome-cobalt (a first) and uses the magnetic properties of samarium and gadolinium. These little-known metals compose of a system of magnets which replace regulating balance spring. Two of these escapements are each fitted inside a high-frequency tourbillon. Meanwhile, Breguet uses magnetism in a completely different way. The Classique Chronométrie 7727 was presented in 2012, and is now being produced in series. It uses magnets to suspend the moving parts of the escapement. The drastic reduction in friction combined with the use of silicon enables it to function at 10 Hz while displaying exceptional chronometric performances. Magnetism – the arch enemy of the watch – is incorporated into its ‘brain’.

Electronics
Magnetism and electronics are cousins and the latter is becoming an auxiliary of chronometry or precision timing. At Urwerk, the EMC concept consists in analysing the operation of the watch in real time, by means of a laser read-off and a processor. Depending on the results, the wearer can adjust his or her own movement themselves in order to achieve greater precision. At Julien Coudray, the most intelligent watch presentation box ever made is being created. Thanks to electronic circuits and an internet connection, it can adjust to local time and wind its owner’s watch automatically. In a second phase, it will be coupled with a robotic arm that will imitate the wearer’s movements, recorded by a gyroscopic sensor. It would thus appear that history is indeed moving in the direction of robotics. At Swatch, this process represents a true quantum leap. Sistem 51 is an automatic watch made of just 51 parts and completely assembled by machines. Its regulating organ is automatically adjusted by a laser. And all for a retail price of under CHF 200! This represents a revolution of seismic proportions that will generate an untold number of shock waves.